The Reverend Al Sharpton wants sports fans to mix it up with the political world. That is not a request, rather his demand. Al Sharpton takes on ESPN, advertisers and fans, but it doesn’t go well, and Jemele Hill is canned.

Unfortunately, like many of Al Sharpton’s ranting crusades, it is a dismal failure. To Al’s disgust, liberals and conservatives have come to a bipartisan agreement. Both sides want to boycott the newly politicalized ESPN sports network.

This comes after Bristol, CT-based sports giant suspended Sports Center host Jemele Hill. For sports fans who are sick of their favorite pastime filled with political division, Hill was called out by the network after she tweeted last month that President Trump was a “White supremacist.”

The move was delayed as ESPN tested the winds of their viewers. With “activists” like Sharpton screaming racism as frequently as others say “good morning,” network executives got an earful from those who pay the bills: the viewers.

The decision was made much easier for the indecisive decision-makers when their perceived audience of liberals began their own boycott. That made life better for the bobble head brass to do what they are paid to do; listen to the real bosses.

The once pensive network big wigs gently warned Hill that the tweet violated the company’s rules of conduct for using social media. That probably took a big committee to decide so everyone would be blamed together. But that came with zero punishment, for fear they would hurt Al’s feelings and many other loud and obnoxious career anarchists.

The apprehension came after ESPN has already fired almost half a dozen conservative hosts and analysts for far less. But conservatives don’t stomp their feet and raise hell like Al and his buddies.

This empowered Hill to become the new self-appointed political guru at the network. She did not heed the gutless warning. A month later, she posted a series of tweets that essentially urged fans to boycott ESPN’s own advertisers and partners. That did it.

Now she was messing with their revenue. Never mind the morality of this situation; money talks to the suits upstairs. This time network bosses took action and handed Hill a two-week suspension. Budweiser and Ford Motor Company smiled.

Organized for every situation, liberals in and out of the sports world supported Hill with hundreds of social media posts. They demanded ESPN reverse its decision to punish her. One has to wonder what the word “organized” means in this latest leftist uprising of countless others.

But the planned “shock and dismay” was countered quickly by hundreds of thousands of tweets by other so-called liberals who threatened a boycott of the sports network. An indignant Reverend Al spoke from his pulpit at far-left MSNBC threatening ESPN with an advertiser boycott. It is hard to get the message out with an audience on that network of few and far between.

This is not some third world country. It is capitalist America. The almighty corporate advertising dollar goes where the consumers are. They are not consuming your zero tolerance of anything that doesn’t promote Al.

End of story, Hill has been clammed up. If she wants to talk about sports, maybe she’ll be back. Otherwise, she might think about a career with Sharpton or run for public office where the lemmings are in the majority. 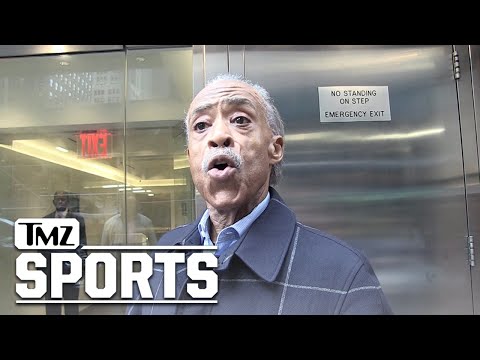