The President of the U.S., along with a key U.S. general in Iraq, have recognized how Troops Need You is enabling average Americans to deliver what U.S. troops need to win over Iraqi locals.

“Thank you for supporting those who sacrifice so that future generations may live in peace and freedom,” the President wrote.

The President continued to praise the work of Troops Need You, a citizen-led troop support effort that is mobilizing the American people in direct support of combat troops in Iraq.

Troops Need You completes shipments to U.S. troops in response to requests they receive from local Iraqis. Battalion leadership confirms that such tailored, local solutions help improve the lives of Iraqis, and can be leveraged to motivate Iraqis to stand up for their own government and security. Thus, the resources that Americans deliver to the troops actually contribute to overall mission success.

The letter from the President arrived shortly after similar letters of praise from General Petraeus, the top coalition general in Iraq, and Lieutanant General Odierno, the Commander of U.S. Forces in Iraq.

Troops Need You fills a unique role by connecting the American people with the combat troops on the ground. High-level leaders understand the need for the troops to have the resources they need to motivate the Iraqi people to stand up for their own security and government.

Need for Even Greater Citizen Involvement 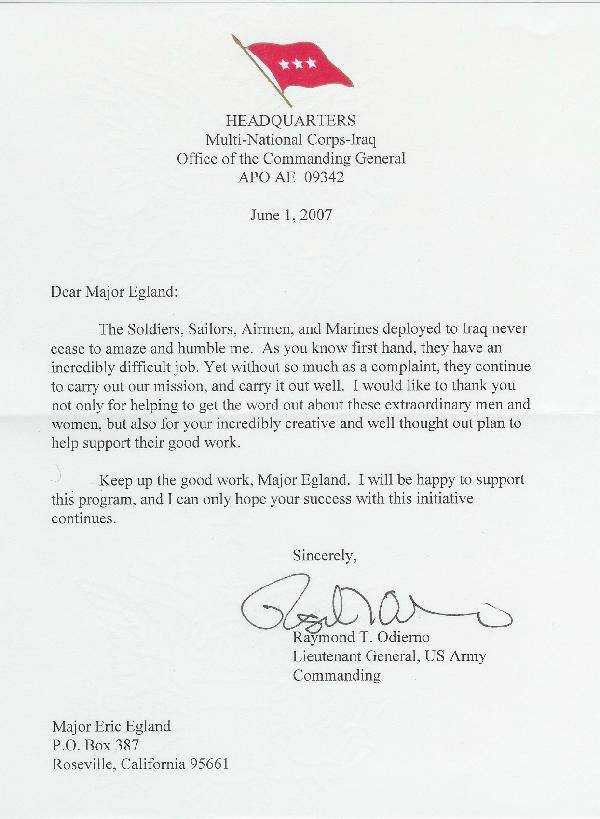 Troops Need You is growing quickly, as a result of the increased attention from government leaders, as well as increased media attention.

More combat troops are requesting support, which means that more Americans are needed to get involved, by donating or volunteering to help organize support for specific units.

The vision of Troops Need You is to establish sponsorships between Americans, who raise the support needed to deliver $5,000 in goods per month, and the 50 battalions who are fighting in the most critical areas of Iraq. Groups like churches, political groups, corporations, and civic organizations are well-suited to carry out the role of a sponsor for a combat battalion.

Just as the President praised of “the wonderful things Troops Need You is doing for the troops,” this is the time for more people to get involved so Troops Need You can connect even more Americans with the troops who need their support.

Troops Need You is a charitable organization dedicated to maintaining the American tradition of mobilizing citizens to directly enable wartime success. By using donated funds from people across the country, Troops Need You delivers what combat units need to win over local Iraqis.

Donations are accepted online at http://www.TroopsNeedYou.com or by mail to Troops Need You, PO Box 387, Roseville California 95661. 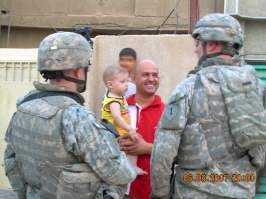 Founder, Major Eric Egland (Reserve) served in Iraq and Afghanistan. He earned a Master of Science in Strategic Intelligence from the National Defense Intelligence College and graduated from the U.S. Air Force Academy. He has discussed national security issues on Fox News, CNN, MSNBC, C-SPAN and NPR. Some of his experiences are featured in the upcoming Fox News documentary on Iran.