Gold spurs, worn as part of the cavalryman’s uniform by a select few who earn the right through combat or a spur ride. Soldiers with the 1st Squadron, 152nd Cavalry Regiment, participated in the unit’s first spur ride, meant to test the skills and resiliency of cavalryman, during this AT period for the opportunity to earn their silver spurs.

“Going into our AT we had about a 60-90 day window to put together a training plan where we were able to capitalize on a lot of our proficiencies we have been working on the last couple of years,” said Maj. Dan Bell, squadron executive officer for the 1-152.

With a variety of training, one exercise completed on the staff level was a command post exercise focusing on a Korea unified land operations order. Beginning the mission set in January, -more- the 1-152 continued planning for its CPX despite the cancelled mobilization, said Bell.

Focusing on the military decision making process, Soldiers completed a combined arms rehearsal where they built a large terrain model for planning, operated the tactical operations center and battle tracking and executed the CPX over the course of three days.

A unique factor was that the CPX was incorporated in all levels of training. Troop commanders back-briefed staff officers, wrote orders and issued those to platoon leaders who disseminated that order as part of Soldiers’ training; utilizing the Reconfigurable Vehicle Tactical Trainer and the Dismounted Soldier Trainer at Atterbury. 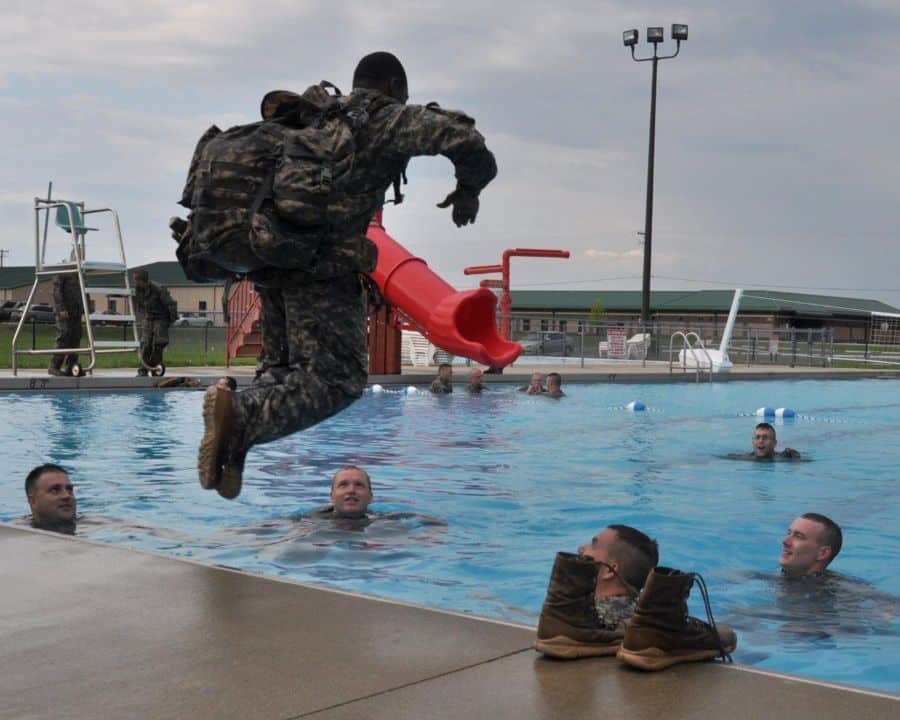 “That was an awesome event to be able to combine the squadron, the troop and the platoon level during the exercise. Our staff, as part of the 76th Brigade, is the only staff that made it through the entire operation process this TY, and we’re pretty proud of that,” said Bell.

Despite the condensed window in which this AT was planned, the 1-152 was able to maximize its time at Atterbury, and capitalize on a lot of Soldier skills and collective level training.

“This unit is pretty high-speed. There’s not a whole lot of down time or sleep time, but we continue with missions. We do a lot and we get a lot of training accomplished in a short amount of time. It’s exhausting, but fun,” said Pfc. Adam Raphael, combat medic, 1st Squadron, 152nd Cavalry Regiment.

Working as a unit seemed to be a focus of this AT with the encompassing training provided by the CPX, a zodiac extraction exercise in which teams of Soldiers maneuvered boats while conducting surveillance operations and live fire operations with two-man teams loading mortars and tossing grenades.

“We’re a team and if one member of that team is weak it can set a chain reaction, so the training we do as a cavalry unit is extremely important. We do recon, surveillance, things like that, and after coming off a pre-mobilization, having an AT like this still means we’re ready; if anything happens or we get selected, I’m ready,” said Spc. Brandon Irvine, human resources specialist, 1st Squadron, 152nd Cavalry Regiment. 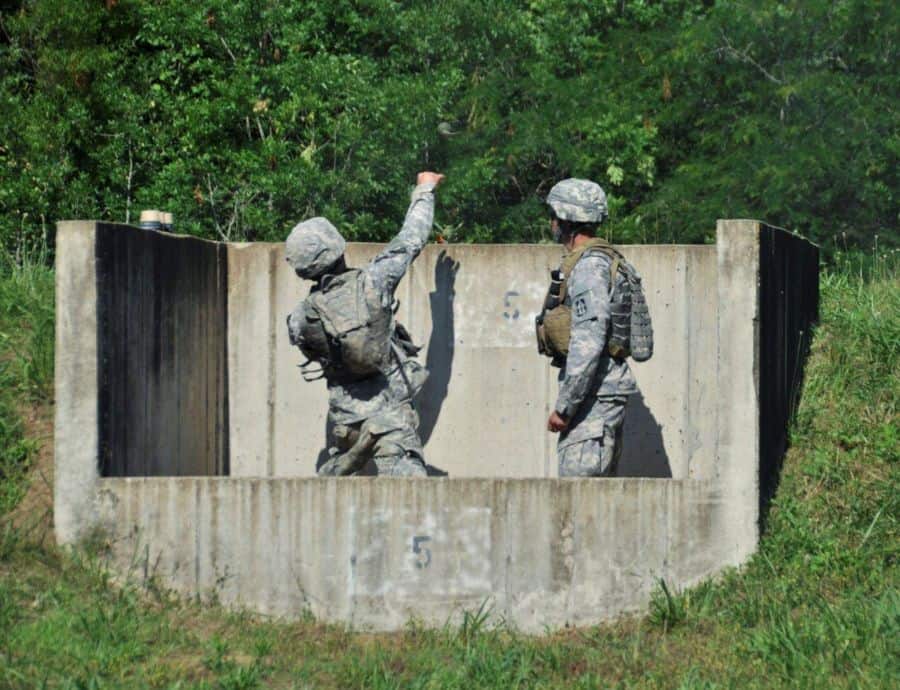 Soldiers with the 1st Squadron, 152nd Cavalry Regiment, Indiana Army National Guard, conduct simulations on the Reconfigurable Vehicle Tactical Trainer at Atterbury-Muscatatuck near Edinburgh, Ind., as part of annual training June 24. Through the use of simulated weapon systems and vehicles, virtual screens and an interconnected computer network, the RVTT allows Soldiers to experience an interactive, synthetic battlefield, depicting real-world terrain.

Unique to cavalryman is the opportunity to join the Order of Spur, an honored cavalry tradition, either through a wartime induction or an event known as the Spur Ride. For this AT, the command sergeant major for the 1-152 challenged the senior non-commissioned officers to develop the squadron’s first spur ride, said Bell.

Soldiers of the 1-152 were given the opportunity to earn their silver spurs, which is worn as part of the cavalryman’s uniform, by traveling a five-mile course and completing four testing stations as they went. Beginning with 12-15 applicants, only two were successful in this endeavor. It was a testament to the challenge the NCOs put together, and built camaraderie within the unit, continued Bell.

“Watching those guys finish the last day, crossing the finish line, I know a lot of our senior NCOs won’t ever forget that and neither will the troopers that executed the spur ride because it really was a testament to their being able to be a Soldier.” Through all the events, this annual training period was a successful one for the 1-152. The unit continued to make improvements where there had been shortfalls in the last few years and capitalize on every moment spent training, making this AT one to be proud of, said Bell. 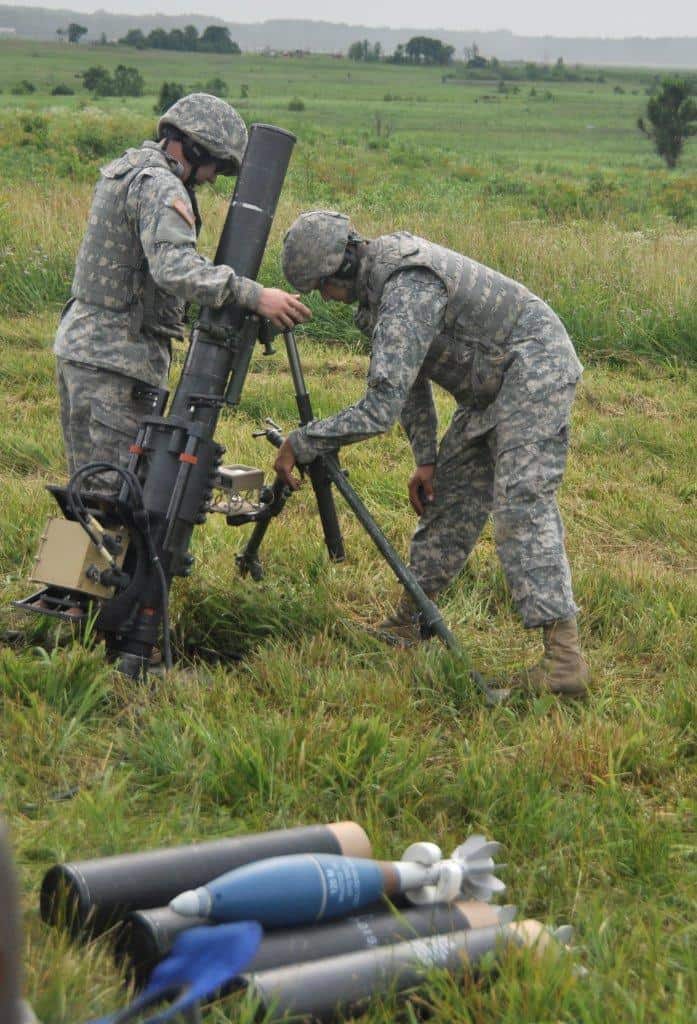