“There is an inescapable conclusion that we must reach if we are to have a better society. The only reliable and perpetual guarantor of independence is profit.” The Absence of Trust – James Murdoch

Rebekah Brooks, the chief executive of Rupert Murdoch’s newspaper operations in Britain, announced her resignation today. Brooks’ resignation comes in the wake of the final publication of News of the World, a British tabloid that’s been in existence since 1843.

For a week now, news of a scandal, involving phone hacking and bribery (by reporters at News of the World) has been hitting the newswire. The extent of wrongdoing has not yet been fully unearthed. 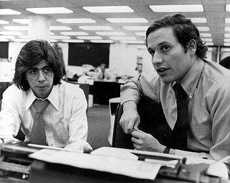 A quote on an ABC News reel hits me hard as I attempt to wrap my mind around all the tentacles of this scandal. Peter Oborne, a political commentator at the Daily Telegraph, makes a lucid appraisal of the situation.

“It is perfectly clear that News of the World, as owned and managed by Rupert Murdoch, was a criminal organization.” What Peter Oborne means by this statement becomes clearer as you probe these allegations a little closer.

Two areas of greatest concern (to me) are the phone hacking of 9/11 victims (by Murdoch employees) and the extent to which investigators at the Scotland Yard may have been bribed or blackmailed for information. So, I feel as if it’s my duty to fully understand every aspect of this scandal. 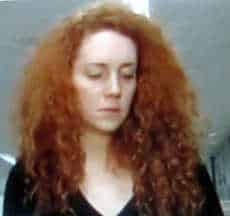 The question at issue here is the future of journalism itself (or if there’ll be any future), and the possibility of any prevailing integrity or ethics, in light of these blows. As I looked around for something that will bring meaning to this scandal, I came upon a piece from an old stalwart of journalism.

The essay is Murdoch’s Watergate? by Carl Bernstein (published by Newsweek), a former reporter at The Washington Post, who broke the most important story for journalism ever, Watergate. I want you to read what Carl has to say, so I’ll link it down below.

Murdoch’s brand of journalism ‘substitutes gossip, sensationalism, and manufactured controversy (paragraph 5, Carl Bernstein)’ for a reporting of the truth, which use to be called news reporting, back in a former day. But Murdoch’s forte is ‘tabloid journalism.’

So how did this obvious yellow journalism contaminate what is suppose to be ‘legitimate journalism?’ Why does, for example, Fox News (a prize-possession of Rupert Murdoch) purport themselves to be genuine reporters of the news, when in fact they are really only trying to spin a right-wing agenda?

Carl Bernstein explores these issues and more in his brilliant essay. Ironically, in light of all these lethal jabs to journalism, one traditionalist brings a relish of virtue back to an age-old trade and craft. The quotation in the prologue (by James Murdoch) couldn’t be anymore OFF THE MARK! If news reporting is solely driven by profit it will inevitably falter.