Today, controversial writer King Nazir Muhammad reveals to NewsBlaze yet another side to his writing abilities as well as his personality – and that is his “comedic” side. King has written a comedy sketch intended for the popular comedy show Saturday Night Live.

Muhammad is a fan of the early days of the show when they showcased the raw talents of comedic greats such as Eddie Murphy, Chris Rock and Adam Sandler. Muhammad says his sketch was intended to revive those days when comedy wasn’t crafted to be politically or social correct, it was just done simply because it was “Funny.”

And although SNL only performs “in house” work from their hired staff of comedic writers, Muhammad hopes they would accept his sketch simply to begin to shift the tone of the show back to the spirit of its glory days. His attempts to make this impact on the show have been unsuccessful so far. He received no response so far to his offer to sell his sketch to SNL comedians Leslie Jones and Kenan Thompson. 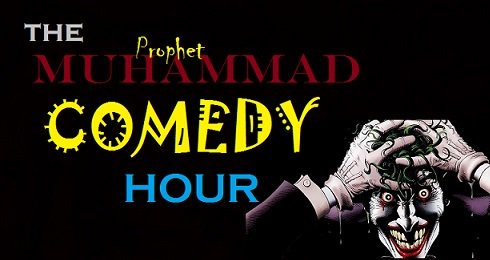 Muhammad also tells us that the entertainment industry would do well to simplify the process of submitting work to the T.V and Film Industry. He says that although agents are necessary, due to the mass stealing of ideas, these agents oftentimes lack an eye for recognizing true talent and a lot of “would be greats” go undiscovered.

He says, “These agents seem to only want to back ideas that they would watch on T.V. ‘personally,’ and I’m sad to say – they are the only ones who would watch it because nobody else’s personality is that bland.”

Muhammad believes that true talent is being “suppressed” because most talent that is vibrant and alive is “natural born talent.” He believes that they only want to showcase work that was studied and learned in a classroom by people who would be better librarians than entertainers.

But Muhammad still has faith in SNL due to their early history, and he hopes they would jump at the chance to recapture that vibe. And if they did that, he says they would open the floodgates for the legions of writers and comedians like him to give America what it desperately needs – A good monotony-breaking laugh.

Here is a PDF Copy of The Sketch Muhammad has written for the show, titled “The Voice of Reason.”