The war on waste throughout the world is gathering momentum. Maybe not as quickly as environmentalists would like, but Governments, businesses and consumers are starting to work together to help tackle the issue of waste.

To help you get involved, we’ve brought together a list of five simple ways you can start reducing waste below.

1. Use A Reusable Water Bottle 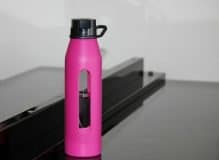 Around 20,000 water bottles are sold every second across the globe, according to the research firm Euromonitor International. The same company also predicts that figure to rise by 20% over the next three years.

The United Nations currently estimates that up to 12 million tons of plastic wind up in the world’s oceans each year. If this trend continues, there will be more plastic in the oceans than there are fish by the year 2050.

Reusing the same plastic water bottle, or investing in a reusable one, is a small step anyone can take to help rectify the problem.

2. Save Money With A Reusable Coffee Cup 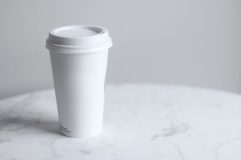 If there’s one thing the world couldn’t live without, it’s coffee. Americans drink approximately 400 million cups per day, many of which come from well-known coffee shops.

Our love of coffee, is having a long-lasting impact on the environment. Around 500 billion disposable cups end up in landfill every year. Most of these of coffee cups are not recyclable or biodebgradable, as they are lined with plastic.

Thankfully, cafes and coffee houses are starting to take the problem more seriously. A large coffee vendor recently introduced a five pence (seven cents) surcharge the UK for customers who use a single-use coffee cup. They’re also offering a 25 pence (33 cents) discount to customers who bring in their own reusable coffee cup, as a way to incentivize consumers to go green.

Many local cafes also offer a discount on your coffee purchase, if using a reusable cup. It’s a win-win for coffee lovers and the environment.

Manufacturing furniture leads to land degradation, deforestation and the emission of greenhouse gases.

Rather than spending money replacing pieces of furniture, think about refurbishment or buying used instead.

Refurbishment of furniture can be as simple as a lick of paint or a light sanding. Turn a pair of old drawers into a shabby-chic item that looks on trend in any home.

Alternatively, as long as the item is still usable, donate it to a local charity shop or sell it online. The second hand economy is a billion dollar sub-industry which helps reduce waste from landfill, where you can buy, trade and sell.

Everyone knows now that plastic bags are bad for the environment. They’re not only made using a non-renewable energy source but also take thousands of years to break down.

Despite this, it’s estimated that five trillion plastic bags are produced each year. A tenth of that figure ends up in the world’s oceans.

The knock-on effect is that plastic is increasingly finding its way into the food chain. This has led to doctors warning that the material is slowly “killing the human race.”

Choosing to use a reusable bag made of fabric or jute is a simple solution to the problem. They’re even turning into somewhat of a fashion accessory thanks to their eco-friendly credentials. 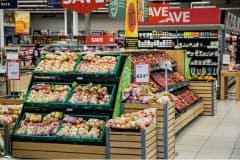 The rapidly expanding population of the planet is causing food waste to become one of the defining issues of the 21st century.

Currently, one in every five bags of groceries we buy ends up in the trash. That’s a shocking figure considering that 800 million people throughout the world are currently classed as malnourished.

Planning and preparing meals before a supermarket shop is one way to produce less waste. The added benefit of this is that you’ll also cut your spending on food by a fifth.