Is The Swine Flu Outbreak Not As Bad As Once Thought?

As the fall weather approaches, we are seeing more and more cases of the H1N1 flu. The Swine Flu pandemic continues to disrupt our lives in the United States. Most healthy people recover from the flu without problems, but certain people are at high risk for serious complications due to already pending health issues. Most people have natural immunity, and a seasonal flu vaccine is available.

To add to the contributing factors, many snowbirds from the northern states will be visiting shortly to areas such as Florida to get away from the cold climate that will be arriving. Twenty-six states are reporting widespread influenza activity at this time and the numbers will continue to grow with the influx of people. They are: Alabama, Alaska, Arizona, Arkansas, California, Colorado, Delaware, Florida, Georgia, Illinois, Kansas, Kentucky, Louisiana, Maryland, Minnesota, Mississippi, Nevada, New Mexico, North Carolina, Oklahoma, Pennsylvania, South Carolina, Texas, Tennessee, Virginia, and Washington.

During the week of September 13-19, 2009, a review of the data surrounding this influenza activity continued to increase in the United States compared to prior weeks.

More and more people are visiting their physician due to the H1N1 flu and hospitalization rates are higher than normal for this time of year while Pneumonia and influenza is at its expectation for the year. Since April 2009, 49 pediatric deaths have been reported and three this week alone.

Almost all of the influenza viruses identified so far are 2009 H1N1 influenza A viruses. These viruses remain similar to the viruses chosen for the 2009 H1N1 vaccine, and remain susceptible to the antiviral drugs oseltamivir and zanamivir with rare exception.

U.S. Influenza and Pneumonia-Associated Hospitalizations and Deaths from August 30 – September 19, 2009.

Flu refers to illnesses caused by a number of different influenza viruses. Flu can cause a range of symptoms and effects, from mild to lethal. Influenza and Pneumonia related hospitalizations totaled 8, 393 people while deaths from the flu totaled 822.

On June 11, 2009, the World Health Organization declared that a global pandemic of H1N1 (Swine) flu is underway.

If you have been diagnosed with H1N1 (swine) flu, you should stay home, follow your doctor’s orders, and watch for signs that you need immediate medical attention.

The Centers for Disease Control and Prevention (CDC) recommends that you stay at home until you have been free of fever (100°F or 37.8°C), or signs of a fever, for at least 24 hours, without the use of fever-reducing medication.

Avoid close contact with others, especially those who might easily get the flu, such as people age 65 years and older, people of any age with chronic medical conditions (such as asthma, diabetes, or heart disease), pregnant women, young children, and infants.

Clean hands with soap and water or an alcohol-based hand rub often, especially after using tissues or coughing/sneezing into your hands. Always cover your mouth when you cough and use a Kleenex when you sneeze.

Drink clear fluids such as water, broth, sports drinks, or electrolyte beverages made for infants to prevent becoming dehydrated. Get plenty of rest. 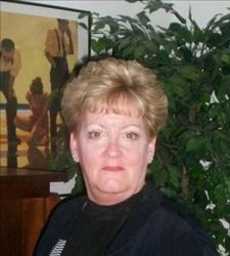 Get medical attention right away if you……

Have difficulty breathing or chest pain

Have purple or blue discoloration of your lips

Are vomiting and unable to keep liquids down, or

Show signs of dehydration, such as feeling dizzy when standing or being unable to urinate