Europe and Asian countries share a common joke at America’s expense. It goes, “How can you tell the American people getting off a airplane?”

Punch line is: “They’re the fat ones.”

Most of us passed on the Mediterranean Diet as everyday cuisine. We seldom waste sitting in a bistro where a chef prepares a quality imitation of a small but lovely dinner.

We really want it now, on the run, or on the Driveway, and we’ve wanted it big. The bigger the better.

So we got it big, bigger and better. As a result we got bigger. For awhile we considered it better. Weight Gain was good.

Then reality set in. We realized one size does not fit all. Serving the same meal to the 5’2″ tall secretary as the 6′ truck driver wasn’t working out. 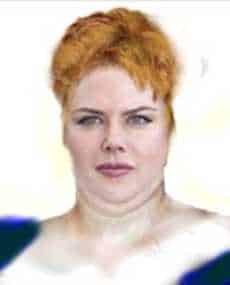 Yet change was slow in coming. Restaurants weren’t about to cut back portion sizes. After all, considering the over heads, building costs, employees, insurance, automatic dishwasher utility bills, taxes, oh lawd, those awful taxes. Food is about the cheapest part of feeding a public. Which made it the highest in profit. Smaller amounts of food might command less cash and no self respecting restaurant is or was about to accept that as a new reality.

With these facts on the table, tehre was no way Restaurants were about to reduce meal sizes, even when customers began craving it.

Finally, the time is arriving. Eateries are beginning to offer smaller orders, smaller meals, smaller servings within a meal. Weight loss is the catch-word du jour.

Today our favorite fast food eateries offer snack size meals. Prices are not matching size yet. Not in the sense that less food delivered to customers should be cheaper.

But times, they ‘Ur ah changin’.” Burger King’s “BK Burger Shots” that showed up early in 2009 are being discontinued. Next came McDonalds offering up a Big Mac Snack Wrap. Right on cue is Quiznos’ smaller ‘Sammie’ wraps.

For many, the old large 18.8 oz Dairy Queen Caramel Brownie Blizzard’s 1,200 calories, 46 grams of fat, 30 of which are saturated, plus 133 grams of sugar, that’s 32 teaspoons of sugar, folks, are not a standard for promoting good public health.

New portions are appropriate for many of us, my petite 5′ 1″ frame included. When will prices reflect food idem reductions?

Who knows. When you pay, it can’t hurt to ask that.

Weight loss is the “in thing” and it is probably good timing. Let’s all get back to where we ought to be.