If House Bill 1410 passes into law in Arkansas on Thursday, February 14th, it’ll be a historical moment in our natural state. Tenant rights are finally getting a hearing. Landlords will automatically be required to make repairs to their rental properties, regardless of the tenant’s lease not including repairs. House Bill 1410 will bring into force the “Implied Warranty Habitability Act.”

Lawmakers tried to pass the law on at least six prior occasions but each time it was defeated.

Arkansas is the only state in the nation where landlords aren’t required to make repairs to a property (house, mobile home or apartment) to make it suitable enough for a tenant to live in comfortably, particularly if property repairs aren’t included in a lease.

Wait a minute you may say. If a landlord rents a property and the plumbing or electricity doesn’t work or if the roof needs immediate repairs to stop heavy leaks, the landlord must fix it … right?

Or you may ask: what sense does it make for a landlord to rent a property and then later abruptly ignore a tenant’s request to make repairs?

Sounds illegal doesn’t it? Well here is a big surprise. It isn’t illegal for a landlord to ignore property repairs because Arkansas doesn’t have a Warranty-of-Habitability Law.

And, worse, if a tenant doesn’t pay rent because of the landlord’s failure to fix repairs, and when a tenant doesn’t vacate after being served with an eviction notice, the tenant can be charged with a crime and face jail time under the Arkansas Criminal Eviction Statute.

“It’s not necessarily that it’s one of the worst laws, it’s that we don’t have any laws,” State Rep. Greg Leding, (D-Fayetteville), told the Arkansas Democrat Gazette last year.

“Our state is the only one in the country that doesn’t have a warranty of habitability, which means that a negligent landlord could knowingly rent you an unsafe space.”

Leding continued: “We’re also the only state in the country where you could be thrown in jail for failing to pay your rent. A tenant has practically no rights at all here in Arkansas.”

Hopefully if House Bill 1410 passes, Arkansas tenants will have more legal rights to force shady landlords to fix up properties. And not be subjected to having their lease terminated if late on rent.

Implied Warranty Habitability laws exist in most states across the nation. Unfortunately not in Arkansas.

Lawmakers insist the majority of Arkansas property owners and Apartment rentals do a good job of making repairs.

However, they insist, there are some other smaller operators who let their properties run down and still rent these unsafe places to people desperate for a place to stay.

A person with the lowest IQ knows this isn’t right. Repairs should be made to protect tenants from potential harm. 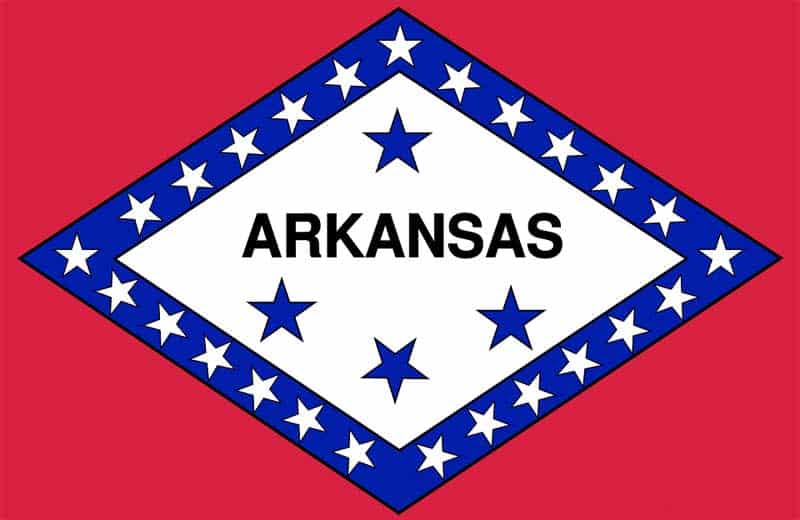 Some landlords don’t always pursue criminal eviction. They prefer to use civil action to evict a tenant. But there are many landlords in Little Rock and in Northwest Arkansas that often use criminal action to punish delinquent tenants who stubbornly remain on the landlord’s property after the vacate notice is issued.

For example, a 2013 study conducted by Lynn Foster, an Arkansas Law Professor, uncovered evidence that over 2000 tenants were prosecuted as criminals for unpaid rent.

The Arkansas Criminal Eviction Statute should be outlawed altogether. It is a law that’s been on the books for centuries.

So what is the driving engine behind these unpopular criminal eviction laws and the legal leeway that doesn’t require shady landlords to make safe repairs to their properties?

A lobbyist released a statement saying, “the group has an interest in protecting property rights for tenants and landlords and the group supports existing laws in part because they protect affordable rent.”

Lobbyists further add that if the Warranty Habitability becomes law, rent would increase.

“There is a problem of not being able to get dope heads, and questionable people with kids out,” said Senator Terry Rice, Rep-Waldron.

Affordable rent and dope heads don’t quite cut the mustard once these same issues are balanced against low-income tenants having legal rights to rent a safe, sanitary place to live and have property repairs fixed timely if House Bill 1410 becomes official law.

My first real-life experience with a tenant-landlord situation happened on Front street in Eudora. There, a woman and three children were unable to properly bathe and use the commode.

The dispute in question was whether the water line for the city was at fault for not connecting to the landlord’s sewage line. Once the Mayor proved it was the landlord’s job to connect his sewage-water line to the city line the problem was finally fixed.

Yet the bigger picture was this: why would the landlord rent a property to a tenant with terrible unhealthy sanitation in the first place?

The Eudora landlord actually wasn’t required under Arkansas Tenant-Landlord Law to fix the plumbing and water lines because the tenant didn’t have a verbal or written lease which says the landlord would make plumbing repairs. This is why the Warranty Habitability Law is urgently needed for this state.

Here is a portion of House Bill 1410 that consists of the following:

If a landlord fails to make repairs after being notified, this bill gives tenants the legal rights to:

Landlords have every right to collect rent from tenants and the right to evict if tenants don’t pay their rent. Arkansas Civil Eviction Statute gives landlords this right.

From a human standpoint, tenant rights should be fully protected against landlords who capitalize on a void in the system that Arkansas doesn’t have yet which is the Warranty Habitability law.

According to the proposed bill:

“House Bill 1410 will help address the public health and safety risk that unsafe rental properties currently pose to Arkansas families and serve as an important step towards bringing balance to our laws.”

What a difference HB 1410 would make, if passed into law!

Clarence Walker can be reached at: [email protected]