NewsBlaze News
Home Thoughts Opinions Katelyn Markham Had No Known Enemies! Where Did She Go?

Katelyn Markham has been missing since August 13th; she’s been gone for two weeks come tomorrow. The circumstances of her disappearance are very baffling. Early news reports were not indicating any perceivable foul play, yet many of the clues don’t make much sense. Confounding evidence would include an unexplained photo John Carter received as a text message (at 12:52 AM) from Katelyn.

On Sunday, August 14th, at 8:00 PM John Carter entered Katelyn’s townhouse (on Dorshire Drive in Fairfield, Ohio) and noticed her purse and keys were there still, in a normal place. Let me back up for a moment. Again, John drives up to the townhouse.

As John arrives at her townhouse, he notices her car there in the parking lot, and this worried him, since he realizes she never made it to work. This didn’t seem right to John. (The year, make and model of the vehicle has not been disclosed yet).

(A clincher of suspicion is gleaned from) a lack of her cell phone presence inside her townhouse, however(This is contrary to her purse and keys being found). John Carter’s mother, Karyn Winkler, said the cell phone was turned off approximately at 12:45 AM on Sunday, the 14th of August. Furthermore, the GPS tracking device was turned off at that time. An important harbinger, I will suggest.

Another pertinent clue, that John feels is out of place, is that her mixed-breed-dog, Murphy, was locked in her bedroom. John Carter, who has been engaged to Katelyn Markham for one year (but they had been together since 2005),did a telephone interview with Nancy Grace last night, and (it’s my opinion), most certainly, no suspicion should be directed (in any way) towards him.

John has already passed a lie detector test, and has been completely open with the media, and is equally as baffled as anyone else as to what may have happened to his fiancee, Katelyn. He last saw her (in person) that Saturday night (August 13th) somewhere between the times of 11:00 to 11:30 PM, at this same said townhouse (I believe).

As I look at the lovely photos of Katelyn, I see a person who seems most balanced, filled with creative ideas, and perhaps, just enjoying being so young. She is more of a right brain (in spite of this being an out-of-date determination of brain function) person to me. Artists and musicians tend to be right brain types. Katelyn’s proclivity trends in this direction, you might say.

Over the past two days, I’ve read every single article I can find on Ms. Markham’s case. I’ve watched all the video coverage also, several times over. The Middletown Journal is providing the best stories (with the most detail) available for you, if you could use a good tip that’s fairly reliable information. (Check out: Woman still missing after week-long search by Kelsey Cano).

Nonetheless, a most tasteful, arty video on YouTube will bring tears to your eyes. It did this to me, and I’m a callous amateur crime writer who’s seen it all in my time. I will link the video for you and attempt to give credit where credit is due, if I can find it. The beautiful tune, which plays against a slide show of Katelyn pix, is titled: Come Home: Song For Missing Persons – 2011.

The video was done by Pyrogoth 1. That’s all I have. Fantastic job, Pyrogoth! I’m doing my part to propel it in a viral direction. In the meantime, we hope and pray that Katelyn Markham will be found soon, safe and sound.

Moreover, we sincerely wish for a positive outcome to this perplexing case. Here’s a young lady right in the midst of launching an incredibly beautiful new life! I’ll let it rest, with so many questions still unanswered. (Such as the discrepancy between when her cell phone was turned off, and the time when John received the photo. A seven minute difference). 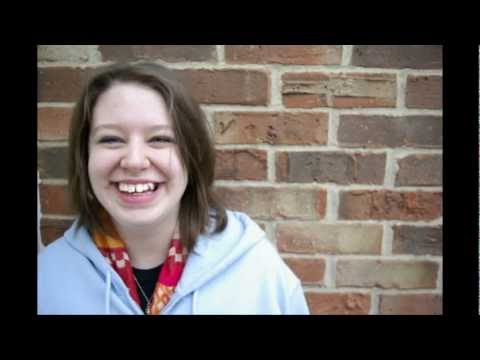