Who is Donald Sterling Protecting?

Donald Sterling has been convicted of racism, bigotry and hate in the court of public opinion. His too-young girlfriend, a woman who is definitely not his friend, recorded what should have been a private conversation. She goaded him until he said more than he should have, possibly more than he would have ever said, had he not been under the stress of being in the middle of an argument.

I think Donald Sterling has been wrongly convicted.

In no way am I condoning racism, racist comments, bigotry or hate. What I am doing is saying that many, perhaps even most of the people who are writing and commenting about this incident have not listened to the entire recorded conversation. You can find it at the end of this story and make up your own mind.

Believing without knowing happens a lot, and it causes people to jump to conclusions. Believing hearsay is usually a bad thing. When an issue comes even close to agreeing with a human’s own beliefs, critical thinking can go out of the window and even outright lies can get a free pass, as long as it sounds right.

Let me tell you what I heard, when I listened to Donald Sterling speaking in that recording.

I heard a man under stress.

I heard a man saying that he didn’t want his white-looking Latina girlfriend associating with black people in certain circumstances. Those circumstances were the public ones – where she was posting pictures of herself with “black people” on the internet or when she could be photographed or seen at Clippers games.

I heard him say that there has always been racism and there always will be. That is 100% true. It is a human thing and no matter how hard people work to eliminate racism, it cannot be done. It doesn’t take much to generate a spark of racism, even in someone who is adamant that they are not racist.

I heard him say he loved black people.

Here is what I heard her say that made me listen more closely: Stiviano said “If we ever have any issues it’s because people call you and tell you things about me that are not true.”

Sterling says “You are an enemy to me.” Then “Im living in a culture, and I have to live within the culture.”

Here is what I think is happening, and I’m not a psychologist, but this message is right there for anyone to see. I believe there may be forces in Donald Sterling’s life, people in his life that give him a hard time over his “white” girlfriend associating with “black people” or “minorities.”

We all have to live within our own circles. Sometimes we can jettison some of those people if they are toxic to us, but sometimes, it is hard to do, and it may be impossible. What do you do if you have old friends or family members who are giving you a hard time? Can you just discard them and get on with your life? Maybe, maybe not.

I don’t know if Donald Sterling can tell us what this is really about. He may take the heat for his bigoted friends or family.

The media only cares about generating eyeballs on their business. They don’t care if they destroy someone.

Some people want to tear Donald Sterling down, because that is what humans do. And for all the people who are tearing him down, who have not listened to the audio below, I say shame on you. Carefully listen to the replay first, and actually hear what is going on, then make your decision.

I also say shame on the people who are tearing him apart, who also want to destroy him, destroy his business and everything about him. That makes them no different to the racist bigoted point of view they so abhor. In fact, they are bigots. People who throw around the word “bigot” generally don’t even know what it means. Look it up.

I think Magic Johnson is a great man and it is possible that even though he has been really hurt, he might listen to a truthful explanation, but Donald Sterling may not be able to bring himself to expose the people I believe he is protecting. Magic may not change his mind, but he would at least understand what that conversation was about.

Note: This story from 2006, “Religion of Peace Demonstration Hoax” Photos, talks about an issue in which people believed what they wanted to believe, where there was a mix of truth, lies and unknowns. 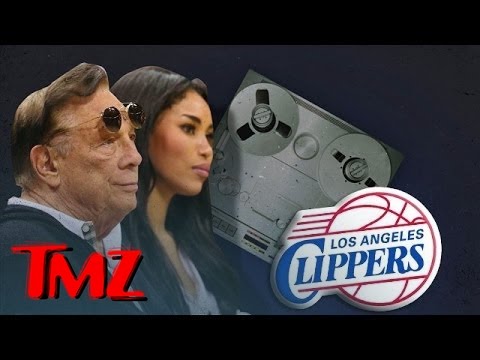