Kulshi is one of the tributaries of the ‘Brahmaputra’ in North-East India, that begins in the hills of Meghalaya state.

It is an excellent home for the fresh water River Dolphins and their young ones. This tributary is about 80 kilometres in length and flows down through the lower part of Assam’s Kamrup district about 35 kilometres to 40 kilometres of the capital of Assam, Dispur, which crosses the National Highway Number – 37. The width of this Kulshi river is about 10 metres to 30 metres, which is an ideal habitat for River Dolphin. Many River Dolphins live here with calves and forage for fish in winter and spring seasons.

During dry months, the depth of this river is about 40 centimetres, while 1.50 metres in the rainy season. About 200 to 225 species are reported in the Brahmaputra river. This river has 45 to 50 species of fishes, four to five species of prawn and two species of turtle (that is, Trionyx hurum and Trionyx gangetics ).

Causes of the destruction of this River Dolphins habitat are land-erosion, sand-extraction and fishing. This takes place especially at the confluence of this river canals area. Land-erosion and sand-extraction are made by the ‘contractors’ or ‘builders’ at the leases of the Government of Assam (India). 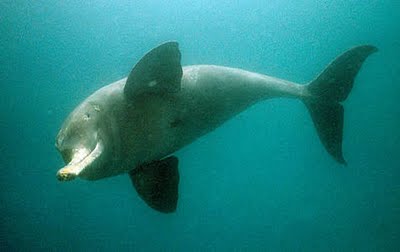 These contractors take away more than 12,000 to 15,000 metric-tons of sand annually from this river, which causes silting of the River Dolphin’s habitat. As a result of this, the habitat of the Dolphins goes damaged due to the blocking of sunlight and prevention of photosynthesis. The Non Governmental Organization (NGO)s, known as green groups of eastern India, like – Ford Foundation, Gramya Arthanitik Bikas Kendra, Centre for North East Studies and Policy Research, Aaranyak, and others, who are focusing on the river dolphins claim, “Gangetic dolphins fall prey not only to poachers but also to unwitting fishermen.

To prevent such accidental killings, the Government of India will impart precautionary knowledge among fishermen on the use of fishing gear. It will also disseminate information on conservation and familiarise local communities with the habits of the animals and the threats – both human and natural – posed to them.

TABLE At A Glance River Dolphin Population In Kulshi River