After watching a cabin in Big Bear, Ca. burn furiously (for two hours) with orange flames rising, I appreciated President Obama’s remarks towards the end of his State of the Union address, urging Congress to pass gun reform. While it appeared as if the Dorner story would trump the President’s annual address to the American people (Congress and the world), I feel as if it once again secured center stage, bringing me (and everybody) back to sanity, with a solid plan that could restore the United States to peace, prosperity, and social justice. 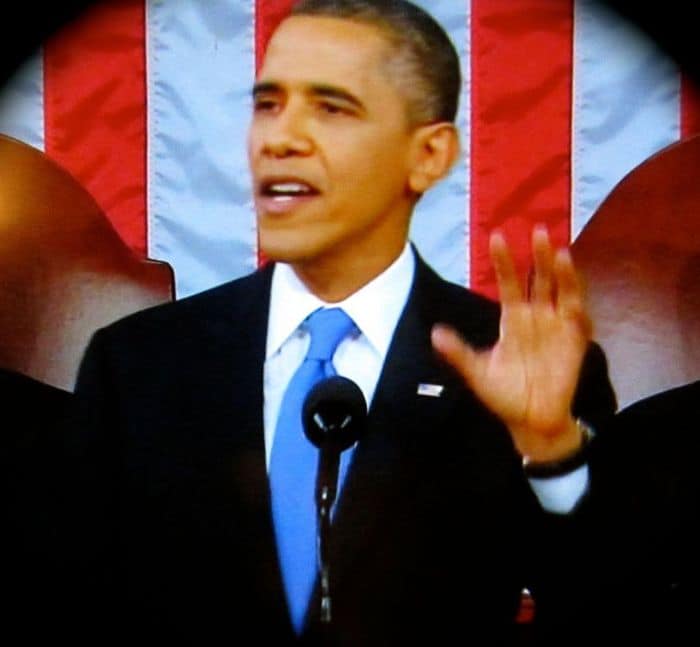 There were few pertinent issues Obama failed to touch on, so you’ll need to break it down and look at some of the specific topics touched on in the well-written text of his speech. I was glad to hear him talk about manufacturing in the U.S. of A., or what’s left of it. We have to bring manufacturing back, if we sincerely hope to get the economy firing on all eight cylinders again. Specifically, Obama mentioned Caterpillar, Ford, Intel, and Apple will all open up plants in our country! Good start!

Why export our manufacturing jobs to India, China, and Mexico? That must stop! It’s finally happening; this more than anything will help to reinvigorate our economy. Tangential to this challenge, is an increase of research into finding new sources of energy; wind and solar energy sources are one way of doing this and it will create lots of new jobs. Increased production of natural gas is another area where we can achieve energy independence.

And then I was glad to hear The President discuss climate change; this problem to me is a no brainer, yet many backward thinking people are still in denial of global warming, which Al Gore so eloquently defined and proved scientifically a few years back. Temperature shifts, droughts, and raging fires all are clear evidence that we humans are destroying their environment. Obama ties this in with our economy, where a clean energy market can be a vital solution for countering global warming (I noticed he avoided this firestorm of a phrase).

Getting ourselves off fossil fuel is probably the key here! Then he touches on our crumbling infrastructure and sharply mentions that 70,000 of our nation’s bridges are in dire need of repair. We can put a lot of people to work instantly by employing them to fix these bridges. There’s no getting around it, we’ll have to do it! Do you want to be dropped in the drink when a bridge snaps when you’re on a National Lampoon Summer Vacation Redeaux? I don’t either. President calls it a Partnership to Rebuild America, which is fine with me.

The importance of education that will lead to a job was promoted; but for me, I was most glad to hear him endorse an increased minimum wage to $9 an hour. Long over due! A person working full time only makes a little over 14K per year; way below poverty level. Way below! No wonder so many are on food stamps! You can’t make it on $7.50 per hour. I’m bitter about this, because I’ve worked a lot of minimum wage jobs in my life. You work your tail off all day and you still can’t pay your bills; actually, you’re barely eating and can hardly recharge your coffee cup. Let’s stop punishing our people who are perfectly willing to work! Thanks, Mr. President.