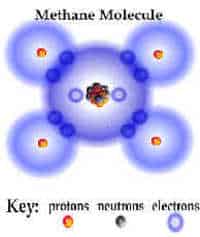 So it wasn’t surprising that one evening as a reporter sitting without a gas mask in the midst of a political gas attack, dutifully taking notes, I listened to a senatorial hopeful claiming that big government means waste. I sat there wondering if he would be willing to extend that analogy to his own ilk. For example, what is the difference between a big-time politician and a small-time politician? Is it that the big-timer produces more waste? Once this notion plopped into my nonsensical mind I let out a cackle, which didn’t endear me to Mister Serioso up there on the stage.

I thought often of this incident in the last presidential campaign. There was the comically pugnacious W, pretending that he knew just how to do everything and actually convincing more than half of us (depending on who you believe about what happened at the polls). I loathed his style. Then there was The Big K and his mortuarial portentousness. Once I heard that mimicry of everything we hate in a politician, I thought, This turkey is done.

Between snake oil on the Democratic side and feckless belligerence on the Republican side, they did a lot for global warming, and we’re still choking and gagging on it.

The Greeks had high hopes politics might enlighten us. Little could they foresee that politics in our mouths would degenerate into methane production. Next time some big shot-like most of the Republicans and, oh yes, Mister Nobel Prize-talks about government waste, look twice to see just who is producing the most waste. We happen to have one of the best civil services in the world, in spite of what the gas bags of the left and the right and the middle have to say, which happens to be entirely too much.

Mr. Nobel Prize tried to reinvent the government until civil service morale was in the toilet. Then came W, outsourcing government, kit and kaboodle, lining buddies’ pockets, demoralizing what was left of the civil service, and corrupting everything in sight. Nor should we excuse our finest ex-president. Jimmy Carter and his provincials came to Washington inveighing against imaginary evils in the very civil service they needed to execute their agenda. Is it any wonder four lousy years ensued?

Djelloul Marbrook began as a reporter for The Providence Journal; worked as an editor for The Elmira Star-Gazette (Gannett), The Baltimore Sun, The Winston-Salem Journal and Sentinel, and The Washington Star; executive editor for a chair of four dailies in Northeast Ohio and executive editor for a merger of two dailies in northern New Jersey. His first novel, Saraceno, was published in January (Open Book Press). For more information www.djelloulmarbrook.com or www.myspace.com/delmarbrook.