Four excellent choices to pick from for tonight’s Oscar in the Original Song category. I purchased all four nominees on itunes this afternoon so I could run my own little contest. The winner was fairly obvious to me after repeated listening.

I must make a startling confession, I haven’t seen any of these films so far. But it is possible, I believe, to judge the songs on their own merit, without seeing the films (I can see, also, where this might be incorrect). It doesn’t really matter, fellow, here’s my pecking order:

I hope this one wins tonight. What makes this New Agy one work so well is A.R. Rahman’s recurring riff on the harpejji, an electric string instrument that was just invented in 2007. And Dido’s vocals sound as if they were sung from Mount Everest or even higher, like heaven itself. 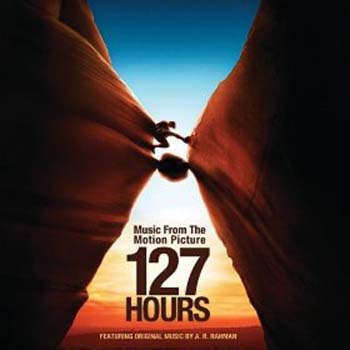 Without a viewing of this remarkable film (I’ve heard), I’m anxious to see how the song is positioned within the plot. The Gleehive Children’s choir from Mumbai is another pleasant touch to If I Rise. A partnership of A.R. Rahman and Danny Boyle is like Nina Rota and Federico Fellini, a marriage made in heaven between filmmaker and sound track composer. If it don’t win I just may kick this brown-brick linoleum tile of mine purty hard, that is the flooring in my microscopic condo!

2. I SEE THE LIGHT TANGLED

So beautiful, it will probably get the Oscar tonight. This fairy tale love song, with music by Alan Menken and lyrics by Glenn Slater, has the weight of Western culture behind it, or rather the Germanic oomph of Rapunzel and The Brothers Grimm, who rule with an iron fist the nether-fantasy world of frogs and princes, climbing golden locks of hair up spiraling gossamer towers of confinement.

Alan Menken is aiming for a Medieval dream trip herein and it works immaculately well. Disney-esque vocals provided by Mandy Moore and Zachary Levi keep your head in cumulous clouds while your flying to Memphis on business. No, make that Cleveland! Make that a vacation, while you’re at it!

3. WE BELONG TOGETHER TOY STORY 3

Another catchy one from Randy Newman, doing the honors with music, lyrics and performance. I wouldn’t say it’s his all-time best, almost out of a mold, but the pacing is irresistible. The horn and rhythm sections make it for me; trots down the road like an early Van Morrison tune.

Randy Newman is a master craftsman of pop songs, and We Belong Together is no exception to that cliche, that I state with my usual mediocrity. No Short People, but strong RN nevertheless! *(A footnote is no one can come close to Randy, when it comes to writing Pop-Bridges.)

This is not a bad country song, written by Jennifer Hanson, Tony Martin and Mark Nesler, with the glamorous actress Gwyneth Paltrow as the artist gripping the microphone. The production factor is a tad bit rich and the lyrics a trifle Everyman as a euphemism for generic. I was digging the ditty up to the point where it has a double one step key change with Gwyny shattering expensive crystal to grab the pitch of DollyLand rhapsody. Coming Home got nominated, so what do I know.

I feel comfortable with any of these four songs. Yet, If I Rise transcends the other three for feel and original instrumentation. I get an ineffable touch of hope when listening. The theme of survival through spirituality is what transfers through my ears. Maybe Dido will sing it tonight. 127 Hours is not currently showing in Austin. That’s alright, I will buy the Blu-Ray anyhow! I’ll see you on the Red Carpet, okay, make that my red-brick linoleum tile.