A movie about a troubled woman’s awkward, inappropriate quest back in time to revisit and rekindle romance with an old high school boyfriend who’s long ago moved on even if she has not, Young Adult is troubled by its own creative quest. That is, making all the wrong moves while awkwardly grasping for the right tone for this story.

And director Jason Reitman, who excelled at sharply honed wit in shaping movies like Juno and Up In The Air, appears as indecisive and dramatically when not comedically adrift here, as his impulsively out of touch female protagonist. In other words, serious stuff as written by Diablo Cody, gets awfully confused with humor, when what is played for laughs is just seriously unfunny.

Charlize Theron is Mavis in Young Adult, a jaded Minneapolis ghost writer for a serialized set of adolescent romantic novels. Thirtysomething, divorced and sinking into self-loathing, Mavis is stuck in what may very well be the funk of a premature midlife crisis. So when she learns about the birth of her old high school sweetheart Buddy’s (Patrick Wilson) first child back in her Minnesota home town, Mavis heads back there to resuscitate that teen romance with Buddy, married or not.

And while Buddy sustains an unbelievable cluelessness as Mavis outrageously stalks him flirtatiously all around town, the only one in a sea of somewhat village idiots who is on to her scheme immediately, is the physically disabled former high school social outcast, Matt. (Patton Oswalt). Matt repeatedly shows up to scold her for bad behavior, assuming the self-appointed role of reality check police. But Mavis is too wrapped up in her obsessive fantasy with Buddy, inspired in large part by her own writing, to care.

Try as she may to breathe believable life into her caustic character, Theron comes off as really wrong and too much of an all-natural hottie for the part, through no fault of her own. And that would seem to have required an actress with more shrewish, flamboyant and tacky attitude. Add to that the subdued bordering on solemn mood, out to lunch sensuality even when going through the sexual motions, and the result is an emotionally tense yet hollow production. And where at least amusingly brash rather than depressingly bratty would have livened things up, and kicked in some badly needed dramatic CPR. 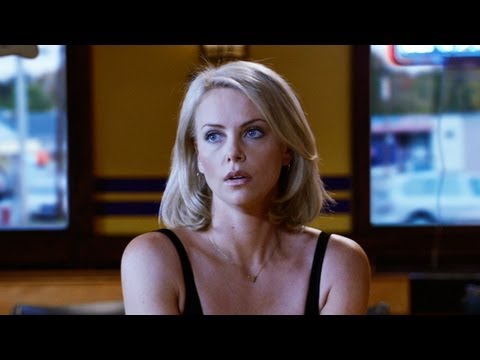