A Woman’s Journey To Conquering Addiction In A Perilous Trek

The life of Cheryl Strayed, played by Reese Witherspoon, becomes meaningless after the untimely death of her mother, played by Laura Dern. After losing her mother, Cheryl becomes emotionally detached from the people dear to her, including her husband, Paul, played by Thomas Sadowski, and her brother, Leif, played by Keene McRae.

Lost and alone, many years after the death of her mother, Cheryl is addicted to heroin. She is determined to be well again, so she sets out on a solo trek along the Pacific Coast Trail, a move that she expects will transform her. The trek takes her from Southern California’s Mojave Desert, north to the border of Washington and Oregon.

The 1,100 mile journey is dangerous, but it proves to be Cheryl’s salvation. A magical metamorphosis takes place, as she travels and battle the demons within herself, finally conquering them. This journey becomes the subject of her best-selling memoir, Wild: From Lost to Found on the Pacific Trail, an Oprah Book Club selection.

The story has now been adapted to the screen by Academy Award-nominated scriptwriter Nick Hornby, known for An Education, as a tale of female empowerment. As mentioned before, Reese Witherspoon plays the intrepid heroine. The picture was directed by Oscar nominee, Jean-Marc Vallee, whose film Dallas Buyers Club produced Oscars for both Matthew McConaughey and Jared Leto.

Jean-Marc Vallee was unfortunately unable to generate the same sort of sobering gravitas in this flashback, which made Dallas so effectively gripping. As a result, it unfolds less like Into the Wild the similarly-themed riveting survival saga made in 2007, than Eat Pray Love, a relatively lighthearted romp about a woman finding herself, from 2010.

Wild is an uneven endeavor which undercuts its own cause by including intermittent interludes of comic relief, such as when Cheryl’s overstuffed backpack repeatedly causes her to topple over. Hence, rather than ratcheting up the tension of a harrowing ordeal, the film merely recounts the assorted highs and lows of a poorly-planned camping trip run amok.

Reese Witherspoon delivers a decent enough performance to singlehandedly elevate an otherwise mediocre adventure to an entertaining one worth recommending.

Rated R for sexuality, nudity, profanity and drug use 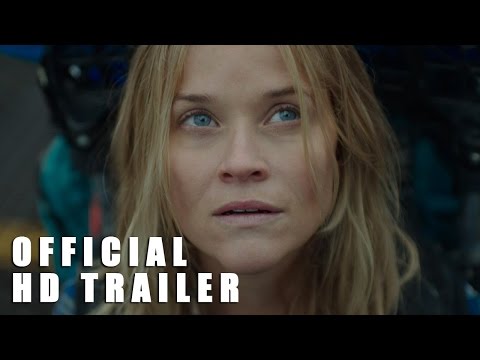