Truth in advertising may be a more than welcome concept in movies. But in the case of the all too prophetic title of What We Do Is Secret, the uncritical examination of the short, tragic life of The Germs LA punk band creator Darby Crash – who in 1980 committed suicide with a deliberately self-administered heroin overdose at the age of 22 – is primarily all shadowy detail and no depth.

As a result, the melancholic dramatic proceedings are steeped in the spastic Germs music and chaotic musings of the uniquely talented but deeply troubled Crash. But the hyperactive emotional landscape begs for psychological insights and cultural revelations that were tied to that historical musical moment.

Shane West is the equally manic and morose Crash, a pathologically unconventional youth who feeds irrationally on his most contrary impulses. A performer intensely focused on lyrical flights of rhythmic poetic imagination, Crash at the same time scorned any notion of musical connection to an audience. Engaging in acts of self-mutilation with razors while performing, brawling with the audience at the least provocation, and breaking out along with his equally enthused bandmates in celebratory vandalism on stage, Crash and his fellow Germs were eventually banned from all LA venues. 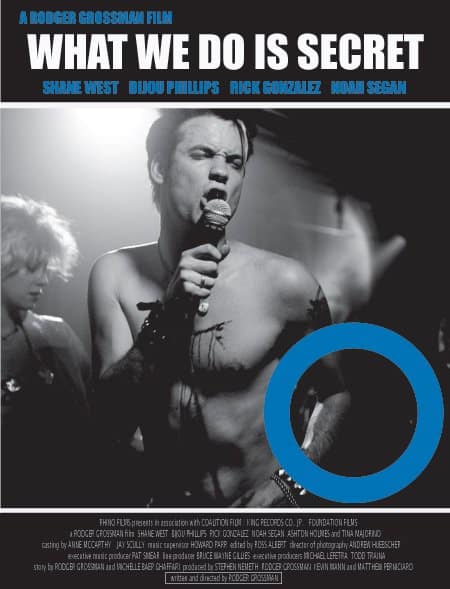 And far from deterred by his ostracism even within the underground anarchistic punk scene, Crash thrived on his pariah status as a kind of euphoric prelude to his approaching premeditated demise. In quite a visceral sense, Crash, who idolized Hitler and harbored fantasies of a fascist rebirth of humankind, embodied a bit of Heath Ledger’s Joker decades before, in his own highly personalized deranged disgust with an incomprehensible world.

But while the film’s obsession with this uniquely bizarre musician holds an odd fascination throughout, revelations about his life and pain, along with any grounding in a musical social context that might offer clarity, never materialize. And ironically, the moment of self-annihilation for which Crash seemed to be preparing his whole life as a declaration of sorts to the world, was swiftly overshadowed by John Lennon’s assassination a day later. In a likewise ironic footnote, Mamas and Papas offspring Bijou Phillips, who plays Germs guitarist Lorna Doom in the movie, was previously involved in a romantic relationship with John Lennon’s son Sean, that ended unhappily.