The Columbia University School of the Arts Film Program, The Film Society of Lincoln Center, and University Seminars on Cinema and Interdisciplinary Interpretation at Columbia University are presenting a landmark film event, Faded Glory: Oscar Micheaux And The Pre-War Black Independent Cinema. The series takes place February 6th and 7th, and conferences are free and open to the public.

This unique presentation will focus on the work by the influential African-American filmmaker, Oscar Micheaux. Newly discovered prints and materials will be shown and discussed for the the first time ever by speakers at this conference. The Film Society at Lincoln Center will screen Micheaux’s movies in conjunction with the conference. 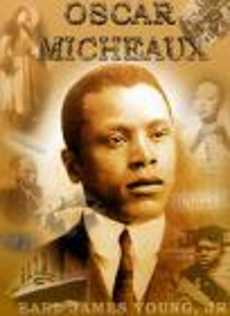 A special event will be the presentation by Lisa Collins of her work-in-progress film short, Oscar’s Comeback, on Friday February 6th at 3:45pm at Columbia’s Schermerhorn Hall, Room 501. It’s a sly, complex non-fiction feature set in rural South Dakota about a small, all-white town celebrating its most famous ‘native’ son – black, controversial early 1900s film pioneer Oscar Micheaux. Lisa is a member of The Women Film Critics Circle and the James Agee Cinema Circle, and she produced this film in collaboration with Mark Schwartzburt. A more extensive bio of Lisa Collins is below.

It has been more than fifteen years since the last conference on Micheaux’s work, and a new generation of critical thinking and writing has since emerged. The full daytime conferences and evening screening schedule, and a full list of presenters, can be viewed at http://arts.columbia.edu.

Tickets for the screenings are available through the Film Society of Lincoln Center. The venues are: Columbia University Campus, Broadway and 116th Street, Schermerhorn Hall Room 501, and Saturday, February 7th, at The Film Society, 70 Lincoln Center Plaza. For all public inquiries, please contact [email protected] 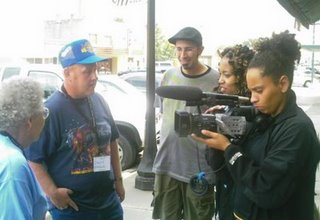 With a sharp eye for filmmaking, Lisa has been invited to speak at universities, museums and on panels about her film work; as well she’s been asked to serve on various film juries for festivals and grant fellowships. She also served as a teaching assistant at Columbia University, and has mentored other students. Lisa is a member of the Women Film Critics Circle, and James Agee Cinema Circle.

Lisa Collins was named by Filmmaker Magazine: ‘One of the 25 New Faces of Independent Film.’ She was invited to workshop her feature-length script, The Grass Is Greener at the Sundance Writers, Filmmakers and Producers Labs, respectively. The project was also invited to participate in the IFFM / IFP’s No Borders Feature Project program.

Currently, Lisa is in post-production with Oscar’s Comeback. She is director/producer on the film with co-director/producer Mark Schwartzburt for Right on Time Productions. So far, the film-in-progress was awarded a prestigious NYSCA grant and two South Dakota Humanities Council grants, with Women Make Movies as its fiscal sponsor. In April 2007, the documentary’s ‘presentation trailer’ was invited to screen as part of a special program, Creatively Speaking, at BAM. In spring 2008 at Tribeca All Access Awards, Oscar’s Comeback won 2nd Top Prize for Creative Promise (Honorable Mention). Shortly thereafter, it was invited to screen at the Studio Museum in Harlem.