Mica, played by Douglas Smith was born with a rare congenital condition that makes him smell like a fish. Needless to say, this made him outcast for most of his life. His doctor diagnosed the problem as a disease called Trimethylaminuria, an incurable body odor syndrome.

The aloof boy was raised by an eccentric mother in a house converted into a museum dedicated to the memory of an obscure Mexican musician. Bedause of his rare medical problem, the young teen grew up very lonely and has become increasingly dependent upon his empathetic shrink, played by Carrie-Anne Moss. She is his steady connection with reality.

Luckily for Mica, throughout his entire young life, he had one friend who was not repelled by his body odor. She is now a cute girl. Her name is Laura, played by Zoe Kravitz, and she was the only kid willing to attend any of his birthday parties. For a reason unknown to us, his overpowering skunk musk did not bother her. It is not really surprising that Mica has a secret crush on Laura, and that crush endures past the puppy love stage and well into puberty.

That is the premise for this droll dramedy, Treading Water.

Treading Water is the intriguing screenplay and directorial debut of Mexico’s Analeine Cal y Mayor. The talented Latina was ostensibly inspired to write the script by a newspaper article she read in Spain, although this escapist fantasy is much closer to magical realism than anything resembling traditional journalism.

The film’s title may seem far removed from what we know about this film so far, but there is a reasonable explanation that will now become apparent. It turns out that the terrible stench of Trimethylaminuria is mitigated by immersion in water, so young Mica started to spend a lot of his free time in swimming pools.

The swimming pool is also a connector for Mica, because it is there that he meets Laura for the first time in ages. He proceeds to make the most of a second chance to make an impression on his crush.

Credit goes to co-stars Douglas Smith and Zoe Kravitz for generating just the right chemistry as endearing oddballs. They turn this quirky coming-of-age adventure into an appealing romantic romp. 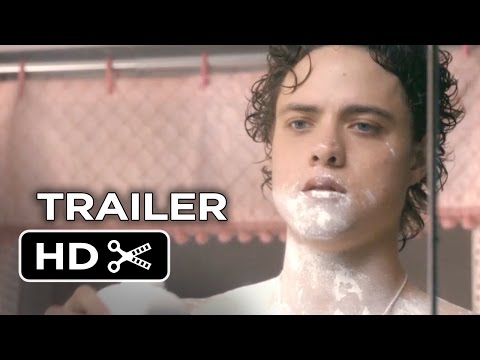