Costume Drama Takes Sympathetic Look at Roots of the IRA 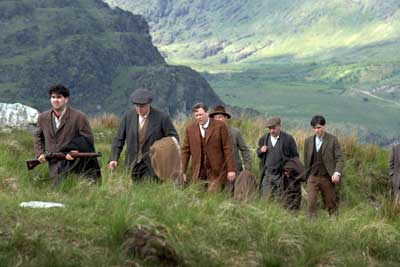 It is Ireland in 1920, a time when freedom was in the air, and the working class was organizing itself to resist the efforts being made to suppress the popular independence movement. So England sent over the “Black and Tan,” brutal goon squads who would stop at nothing to intimidate the suffering proletariat.

To put the unfolding scenario in proper historical perspective, the British had first invaded the Emerald Isle back in the 12th Century, establishing at that time a feudal system which ensured that avaricious noblemen could enrich themselves at the expense of the local populace. These absentee land barons dispatched entitled emissaries to govern on their behalf, implanting a system of taxation and rents designed to keep the Irish forever indebted to supply their exploiters with cheap labor and farm produce. 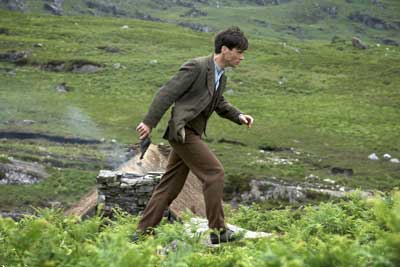 However the famines and poverty eventually visited upon the land left the population with no options other than to fight for their freedom. Though savagely suppressed by the Brit ruling class, by the turn of the 20th Century, the movement had coalesced into a force which could no longer be denied.

Winner of the Best Film at the 2006 Cannes Film Festival, The Wind That Shakes the Barley is a powerful political saga which chronicles the rise of the Irish Republican Army (IRA) as seen from the perspectives of two brothers participating in the revolution. The picture was directed by Ken Loach, whose previous offering, A Fond Kiss, landed on this critic’s 10 Best List for 2004. 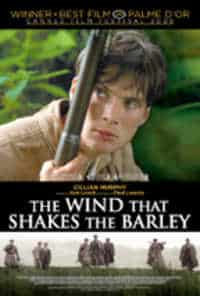 The Wind That Shakes the Barley stars Cillian Murphy, as Damien, and Padraic Delaney, as his elder sibling, Teddy. The film unfolds in the County of Cork where we find these two fictional characters initially at odds with each other. For Damien is a doctor, and not at all inclined to become a guerilla, despite dramatic evidence of atrocities on the part of the English occupiers. But enough is enough, and after 700 years it falls to their generation to throw off the yoke of oppression in a bloody insurrection.

Not merely a cinematic masterpiece from start to finish but a righteous rallying cry for disenfranchised masses anywhere with nothing left to lose but their chains.