That The Wackness is the delirious, sweetly crazed creation of writer/director Jonathan Levine, whose debut feature, All The Boys Love Mandy Lane, offensively disgusted in the extreme with its grotesque S&M gore, is quite an enigma of a wackness in itself to ponder. Who knows, perhaps as subsequent redemption from wrongheaded cinematic impulses, Levine has fashioned possibly the most explosively imaginative, edgy, brash and strangely poetic coming-of-age tale this year.

It’s the summer of 1994, and Mayor Giuliani has just ascended to power over the decadent, party hard NYC metropolis to tighten up the vice laws and make the world, as in Times Square, safe for Disney. But nerdy teen rebel Luke Shapiro (Josh Peck) is hearing none of it. A high school grad from an indigent family who’s headed off to college in the fall, Luke is too busy plying his controlled substance wares from an ice cream cart that he rolls around town while getting high, to raise the bucks to bankroll a different kind of higher education. 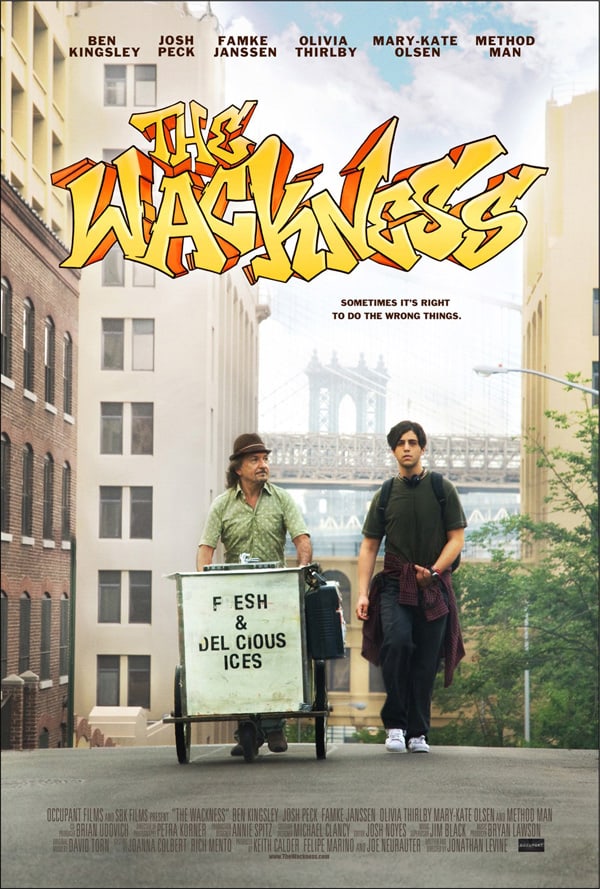 Luke descends into an increasingly dizzying, Kafkaesque counter-culture world, which includes tending to his first broken heart, and with Dr. Squires joining the pot peddler on his rounds and psychoanalyzing the clientele along the way, while hitting on local wild child, Union (Mary-Kate Olsen). Not an entirely lost summer though, as Luke decides to opt for a future career as a shrink because ‘I’m surrounded by so many crazy people,’ which meets with Dad’s approval because it sure beats the shoe business.

Surviving Guiliani Time wacked out on weirdness in an alternate universe, and with a chaser of cup runneth over raging hormones.