There seems to be a growing glut of underage desire in movies this holiday season, whether real or imagined, among them Benjamin Button, Gardens Of The Night, Doubt, and now The Reader. Though The Reader clearly has much more on its metaphorical mind, in particular perverse passions of the political sort that can create a morally problematic situation where in the case of one’s country, love is basically blind.

One day while Michael is heading home from school, he falls ill and throws up in front of Hanna’s seedy apartment building. And when she comes to his aid and invites him upstairs to clean himself up, Michael is hopelessly smitten while watching the cranky loner as she irons her bra, a chore that females apparently used to fuss about prior to the women’s liberation movement. Though Hanna is no wilting flower. As soon as the strangely aloof, mysterious sudden sexpot senses Michael’s raging hormones and thwarted libido, she’s ordering Kid – as she is fond of calling him to presumably keep him at emotional arm’s length – into her tub for a round of sensual bathing, and engaging in a game of mutual hide and peek with the lusty lad. 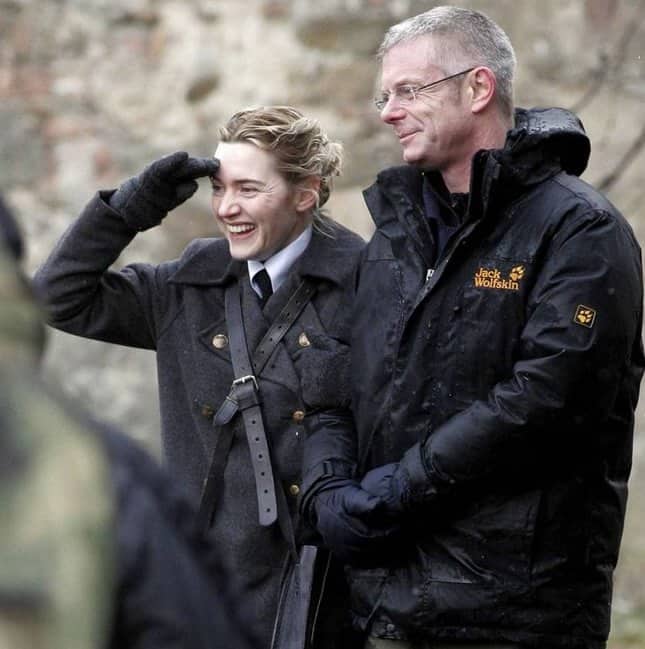 The heated but conflicted affair complicated by age and class contrasts soon runs its course, with Hanna suddenly disappearing without a word one day. But not before a highly unusual element of foreplay enters into their steamy, hermetic, forbidden world, namely Hanna’s insistence that he read books to her before each sexual encounter. Soon Homer, Chekhov, and D.H. Lawrence deepen their odd couple emotional ties, when not functioning as some sort of lofty premature sex toys.

To give away anything further about this captivating combo torrid psychological and political courtroom thriller would compromise the many unconventional surprises and provocative dramatic suspense of this film. Suffice it to say that this story, despite some persistent plot flaws, is crafted with an immensely engaging array of daring twists touching on morality versus law. And at the same time, political corruption of a nation between governments and its citizens, as well as the Nazi inter-generational legacy. Not to mention a devil’s advocate, brutally candid reconsideration of the entire notion of just following orders, and deference to no matter what authority. The Reader, a remarkably brilliant and subversive guilt by erotic association thriller.