Jim Carrey Fails in Another Forgettable Foray into Drama

Jim Carrey is a comedic genius who has perfected playing one specific sort of role in one specific genre of film. If you haven’t noticed, the rubber-faced clown is at his very best in the same chameleon-like role which invariably calls for him to transform from a mild-mannered Everyman into a stark, raving-mad lunatic.

The familiar scenario, with some slight variation on the theme, has been shared by the pat plotlines of his most memorable movies, including The Mask (1994), Bruce Almighty (2003), Me, Myself and Irene (2000), and Liar, Liar (1997). Each of these hilarious, Jekyll-and-Hyde adventures had Carrey’s character morphing into an irreverent alter ego either after donning a mask, after divine intervention, after a psychotic break, or after his son’s birthday wish. 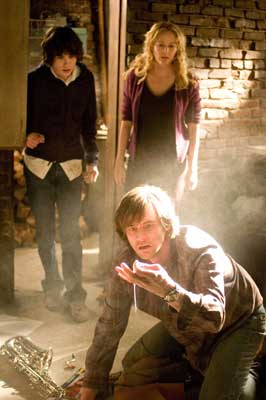 By contrast, his performances in dramas have ranged from the mediocre to the flat-out unwatchable. While it’s undoubtedly admirable that he’s persisted in his endeavor to offset his lowbrow fare with a few relatively-sophisticated films such as The Truman Show (1999), The Majestic (2001) and Eternal Sunshine of the Spotless Mind (2004), the problem is that either he can’t handle serious material or audiences just don’t give him a fair chance to. For as soon as you see his face, you’re always expecting to laugh and anticipating a punch line that never comes.

Sadly, The Number 23 is no exception in this regard. This sophomoric psychological thriller might not be the best movie Jim Carrey ever made, but it certainly is his worst. It’s a cryptic, coincidence-driven picture, revolving around the number “23” and Biblical scriptures from the Book of Numbers, specifically Chapter 32, Verse 23 which reads in its relevant part: “Be sure your sin will find you out.”

After the opening credits roll, we find small town dogcatcher Walter Sparrow (Jim Carrey) trying to get a harness around the neck of a hound named Ned. If you’re hip, you notice right off the bat that the letters contained in “Ned” add up to 23, because N is the 14th letter of the alphabet, E is the 5th and D the 4th. 14+5+4 = 23. This is the first of countless allusions the movie makes to the supposedly mystical number for audience members inclined to waste their time counting possible clues to see if they add up 23. 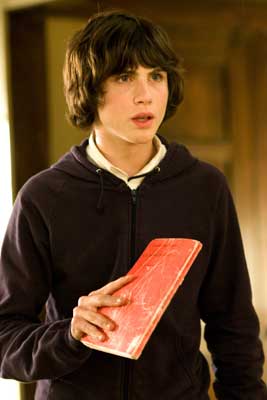 The plot thickens further when Walter’s wife, Agatha (Virginia Madsen), buys him a used book for his birthday entitled, what else, “The Number 23.” A hint that this tome with a blood-red cover is no ordinary novel is that it was written by Topsy Kretts, a homonym for Top Secrets, get it? These sort of infuriating, infantile insinuations permeate the production for the duration of this insulting endurance test.

Soon Walter finds himself consumed by the clairvoyant text, and he comes to believe that it is not only based on his life, but that it is forecasting his doom in the very near future. And how does our ill-fated protagonist discovers this? How else, but by circling every 23rd word on every 23rd page of the otherworldly opus. Yawn.

Look, Jim Carrey is a comedian and has a hard enough time trying to convince an audience when he’s playing it straight. But, when he’s also relying on a script as preposterous as this, the project is ill-fated from the start. P.S. All the infernal references to 23 turn out to be a red-herring, since the solution to the mystery really doesn’t have anything to do with Numerology after-all. So, it turns out there was no reason to play “Spot the 23s” for an hour and a half. Fool me once, shame on you. Fool me 23 times, shame on me.