For most young folks from the ghetto, getting a good education has a lot to do with whether or not they ever make it in life. That’s why a kid’s name has to be picked out of a hat in order to gain entry to Harlem Success Academy, a charter school whose students are beating the odds. So many parents in the community have become painfully aware that their offspring’s prospects are likely to improve dramatically upon admission to this college-oriented institution that 5,000 of them pack a local armory annually to see who wins the lottery allocating the coveted spots opening up for the coming year.

The elementary school was founded by Dr. Eva Moskowitz on the guiding principle that “children are capable of achieving an incredible amount.” And those high expectations have paid off with 90% of her pupils performing at or above their grade level, as compared to the 35% average in the district, consequently the universal desire to matriculate there.

Directed by Madeleine Sackler, this tearjerker of a documentary chronicles the diverging fates of four families whose desperate hope for the next generation, sadly, seems to rest with the possibility of attending Harlem Success Academy. While we get acquainted with each of the kids, the film allocates equal time to allow luminaries like Dr. Geoffrey Canada, Newark Mayor Cory Booker, NYC Schools Chancellor Joel Klein and former Essence Editor-in-Chief Susan Taylor to weigh-in on the charter versus regular schools debate, which is easily won by the former, here, in this critic’s humble opinion.

An extraordinary expose’ illustrating what a crying shame it is that the public schools in the inner cities have degenerated to the point that you have to rely on the luck of the draw for a decent education.

To see a trailer for The Lottery, press play: 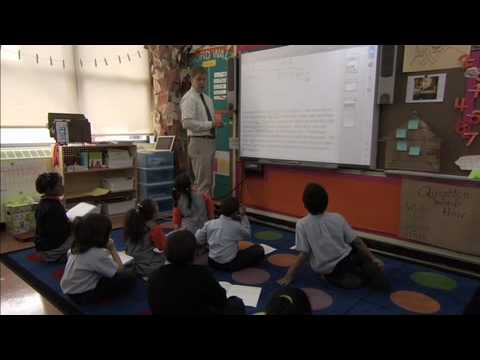