For radiant young actress Jurnee Smollett, who grew up on television in shows like Cosby, spinning her magic on camera for The Great Debaters was no big deal, even if it was Denzel Washington directing and putting her to the test in more ways than one.

As a college student in a small Texas town with big dreams of becoming just the third black female lawyer in that Jim Crow state in the 1930s, Jurnee’s character Samantha Booke is nurtured into self-realization as a proud and talented woman by Denzel’s fiercely dedicated debating coach, Melvin B. Tolson. 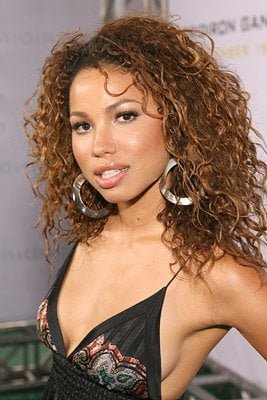 During this conversation, Jurnee talks about her own personal journey through the life-affirming experience of The Great Debaters, and Denzel Washington as a real inspiration off camera too. And a project that was not just a film, but an education.

Was there anything about getting into the debating process yourself for this movie, that surprised you?

JURNEE SMOLLETT: Debate is about you believing in what you say, and saying what you believe. And really shutting down your opponent with words. But the key to it, is being passionate.

And that was one of the things that Denzel said to us. He said, y’all better win, because you’re actors! And you should be able to believe what you say.

What inspired you about Denzel?

JS: At the end of the day, he was really able to just check his ego at the door. And he was so devoted to making the project honest, and being the ultimate collaborator. He was our leader.

And for Denzel to be our leader and to be the one with all those awards, for him to be able to check his ego at the door and ask us what we thought, was so amazing to me. It spoke volumes about his character.

How did you get familiar with a time period so far from your own?

And just what it was like to know the fact that your cousin was lynched not too long ago. And yet the government has declared a war on crime, and left out lynching. So it’s this crazy feeling to know how society wants to dictate to you what place you should stand in.

You know, you were either a sharecropper, or you were an educated person. There was no in-between. And it speaks volumes about how far we have come, and in such a short amount of time.

But it was heavy doing the research on the lynchings. There is this book called Without Sanctuary, that talks about how the lynchings were photographed by the lynch mobs, they would take these pictures and put them on the back of these post cards.

And they would send them off to family members saying, look what we did on a Saturday night. They had their children there, and they had food and bands there. And it was hundreds of people who would kidnap them from jails, before they were given a fair trial. And there was no such thing as a fair trial.

What were some of the deepest personal impressions and emotions you came away with from being part of The Great Debaters?

JS: That we as young people don’t have to be voiceless bystanders. You know, we can be pro-active. We have to get out there. Whatever your passion is, whatever your cause is, we are all taking up space on this planet. And there’s something about us not just absorbing everything and inhaling all the air.