In 2004, Fatih Akin’s Head-On brilliantly brought to light the challenges faced by Turks trying to assimilate into German culture. That female empowerment flick revolved around a free-spirited young woman’s desperate attempt to escape her orthodox Muslim family’s pressure to abide by traditional Islamic principles at a time when she was eager to Westernize and integrate into mainstream society.

Now director Akin, who is himself of Turkish-German extraction, has crafted another thought-provoking masterpiece exploring the same theme but almost in reverse. For this go-round he has his protagonists venturing back and forth between Deutschland and Turkey, almost as if they are undecided about exactly in which country they belong. 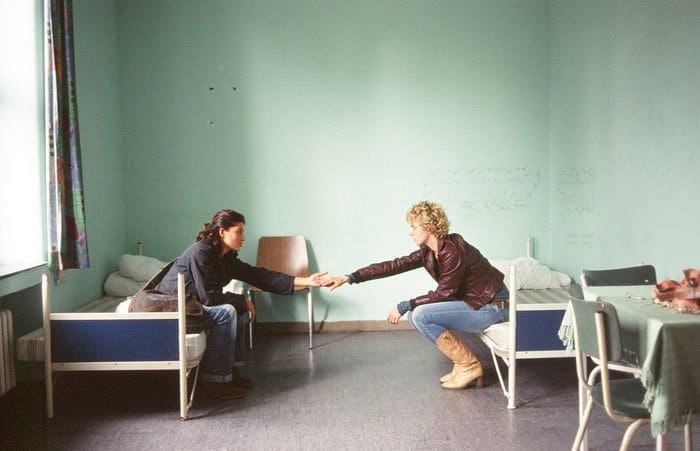 The picture is called The Edge of Heaven, although its German name, Auf der Anderen Seite, is actually more appropriate since that translates to “on the other side.” The movie is a character-driven ensemble piece which grows out of the ill-fated relationship of convenience entered into between Ali (Tuncel Kurtiz), a senior citizen on a fixed income, and Yeter (Nursel Kose), a prostitute working in Bremen’s red light district.

At the point of departure, he’s just one of her many clients. But the two Turkish immigrants strike an unusual bargain whereby she moves into his apartment and promises to give up hooking on the condition that he pay her a salary equal to what she was making as a streetwalker.

It doesn’t take long for the plot to thicken after prideful Ali suspects Yeter of cheating on him and kills her in a jealous rage. First, he’s convicted of murder and disowned by his son, Nejat (Baki Davrak), a college professor. Then Nejat decides to provide for Yeter’s long-lost, suddenly-orphaned daughter, Ayten (Nurgul Yesilcay), presumably left behind in Istanbul. 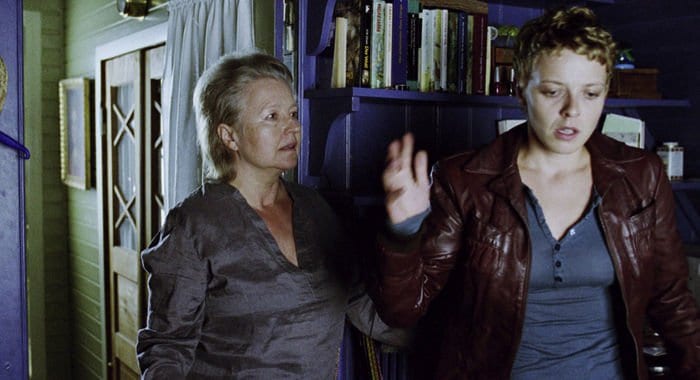 So, he moves to Turkey unaware that the she’s already in Germany and seeking political asylum as a dissident. Not to worry. Ayten is soon denied that request and summarily deported and imprisoned in Istanbul. She is followed there by Lotte (Patrycia Ziolkowska), a lipstick lesbian determined to spring her life partner from the slammer.

But before she even gets a chance to approach the authorities, she’s shot to death while walking through the slums by a couple of pint-sized, child muggers with a pistol. The loss inspires grieving Suzanne (Hanna Schygulla) to retrace her daughter’s footsteps which lead to a fortuitous meeting with Ayten. What a dizzying series of events! 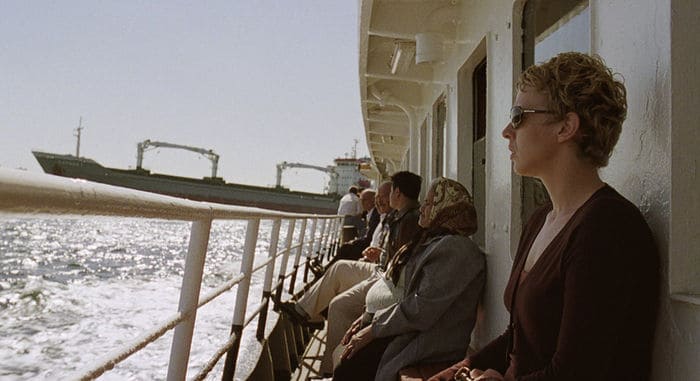 With the circle completed, all that’s left for this modern morality play to do is deliver the heartwarming universal message that perhaps you can teach an old dog new tricks afterall, especially if they have to do with forgiveness and tolerance.

In German, Turkish and English with subtitles.