A helpful rule of thumb for political thrillers, is that they should be at least a little political. Marginalizing a particular social history significant to a story as a mere plot device, simply leaves hanging obtrusively a key element, as related forensic mysteries unravel and the credits roll. Such is the case with The Caller, a potentially bracing crime thriller linked to both WWII childhood trauma and present day multinational corporate terrorism around the world, but that investigates nothing politically substantial in the film about either.

Holding together a thin narrative with sheer force of personality is Frank Langella, as shrewdly artful a dodger here as he was doing Nixon in that award winning turn. Langella is Jimmy Stevens, a New York City based corporate executive for a global energy business. After witnessing corporate-directed mass executions in Latin America of ‘locals having trouble understanding us,’ Stevens turns whistleblower and resigns himself to his own eventual execution at the hands of the angry company suits. Stevens has also been carrying around a deep-seated unresolved boyhood trauma experienced growing up in France, as witness to aerial bombardment by the Germans, and the slaughter of local civilians. 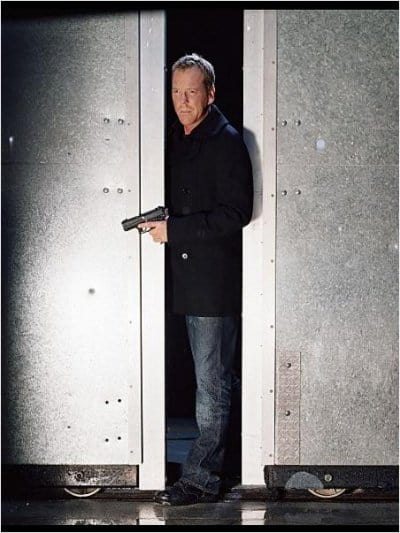 And for some initially unfathomable reason, Stevens hires bottom feeder grumpy private dick Frank Turlotte (Elliot Gould) to follow him around filming him, until his anticipated fateful day. A baffled Turlotte is given no reason for this peculiar assignment, but lots of cash to take the edge off his mounting exasperation.

And while Stevens toys with the investigator, reciting poetry and dropping existential sweet nothings into a voice concealment cell phone device when making frequent contact with him, Turlotte aptly sums up both his current vocational predicament and this movie, as akin to ‘taking acid and watching bacteria grow on linoleum for days. It’s so boring and monotonous, that it’s fascinating.’

The Caller is directed by Richard Ledes (A Hole In One) and co-written with French psychoanalyst, novelist and playwright Alain Didier-Weill. Perhaps the shrink should have prescribed some script therapy as well. The Caller: A dial-up assisted suicide by gumshoe.