A British terrorist thriller that combines elements of real life events gleaned from the 2005 London tube bombings and the subsequent rash police underground execution of Brazilian national Jean Charles de Menezes, Shoot On Sight delves into uncomfortably thorny issues at the crossroads of family, politics and religion. But it’s the sort of filmmaking where coincidences too often substitute for smooth narrative flow.

Naseeruddin Shah is Tariq Ali, a Pakistani-born Scotland Yard police commander assigned to investigate the possible wrongful murder of a young Muslim on a subway platform by London police. While the top brass seem to be hedging towards a coverup and swift resolution, Tariq, a Muslim himself, is torn between doing the right thing no matter what, and avoiding the appearance of Muslim bias with his superiors, the media and the public. 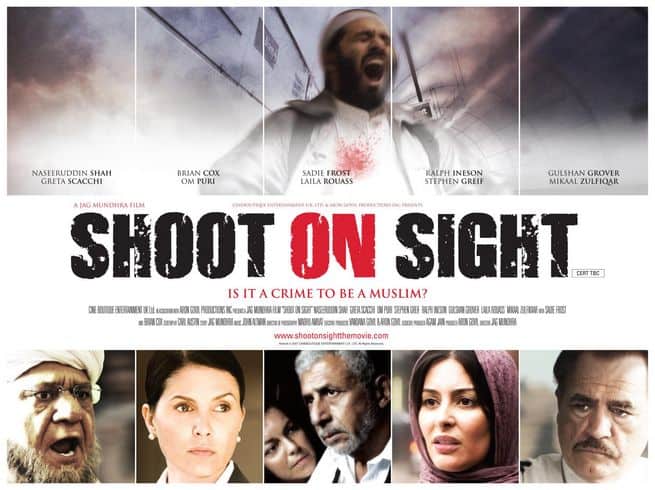 The most genuine dynamic in Shoot To Kill is the family interplay surrounding Tariq. Including their clash of values with Westerners, and his patient but increasingly torn wife, played by Greta Scacchi, who is an outsider to their culture trying to blend in.

But in a simultaneously too earnestly schematic and more complex than initially anticipated dramatic design, Shoot To Kill may be as much about religious divisions back home (the filmmakers are Hindu), as well as a rather odd notion of eating one’s own young if necessary, as the most admirable form of patriotism. Movies that pressure audiences into such extreme moral choices veer too close for comfort away from drama and towards their own set of ideological imperatives, in the service of propaganda.