If there’s one thing to be said about Denzel Washington, he takes his movies seriously and doesn’t mess around. For Daniel Espinosa’s Safe House, in which he plays a mad as hell CIA operative, Denzel described during this conversation how he insisted on bypassing any body double, and getting waterboarded for real. On the other hand, that type of extreme acting can have its downside, as when co-star Ryan Reynolds accidentally left him with a black eye, following a toe to toe, not exactly guy bonding beatdown.

Denzel also weighed in on sociopaths, hat fetishes, shrugging off death threats when signing up to play South African freedom fighter Steve Biko in Cry Freedom, a Santa Monica on steroids, and breakfast with Desmond Tutu.

DENZEL WASHINGTON: [Sniffling with a cold, to publicist] Hey, you got a tissue, man? I’m coming down with something. So if I sniff and blow my nose, I’m sorry! Okay…

Denzel, you take on two of my phobias big time in Safe House – claustrophobia and being under water. The waterboarding scene, and getting into the trunk of that car. So were you scared at all?

DW: Uh, no! I’m not claustrophobic. And I don’t want to give anything away but … the car wasn’t moving! And I knew I had to get out. But no, it didn’t bother me. And the waterboarding, it was close to real. But I really wanted to get into it, you know.

DW: To see what it felt like. It doesn’t feel good. You’ll give up the answers! Yeah, it was trippy. But I wanted to see what it really feels like. And I did! Because once you get caught with an in breath and the water keeps coming, you’re in trouble.

And you try to hold your breath, but the water’s coming. And they’re filling up your mouth. So you know, you’ll give up the answers.

With a movie like Safe House about the CIA, did you come into it with doubts about national security?

DW: You know, years ago, even prior to 9/11, I did a movie called The Siege. And I did a lot of research with the FBI, and the CIA. And I was amazed at that time, how little information they shared with each other. So after that, I’m not surprised by anything.

DW: Thank you. I’m feeling that hat of yours, man!

Oh, thank you! But seriously, I don’t know what kind of workout you do, but the the action in this movie and the fighting, what do you do to keep your body so tuned up?

DW: Those French guys, who you would always want to be with you, they’re the most unassuming guys. And we really had the luxury of time, a good two or three months, while we were over there.

In fact, there’s a fight I had where I crash through a roof and start fighting this guy. And even the fights we do at the end, we had two or three months or four months, before we even got to do those fights. And I know I did mine!

Did anybody get hurt?

DW: There’s a scene where I reach over, to try to choke him when I have these handcuffs on. We were flying around in the car, and he wasn’t actually driving the car, it was controlled by somebody else. So it just happened as I was reaching forward, he was flying back.

And then pow! And then I tried to make him feel as bad about it, as I possibly could! I was like, what the…! And that was strange, I never had a black eye in my life. But…I can’t say that anymore, no!

Ouch! Did you confer with any CIA operatives to play one?

DW: We had a CIA operative on the set all the time.

I hear that you thought it was better to research sociopaths for this role, than actual CIA operatives. How come?

DW: There’s a book called The Sociopath Next Door. And I thought most sociopaths were violent. In fact, they aren’t. But almost all sociopaths want to win, no matter what. Some sociopaths use pity. Like, oh woe is me. I just can’t do it like you.

And then when you go, oh no, you’re all right. Then, I got you. Now I got you in a weak position, and feeling sorry for me. I mean, it’s that sick. They just want to win.

Like there was one sociopath who would steal things in the post office. And then just get there the next day, because he loved the chaos that he created. I guess it’s a feeling of power.

So I just took that. And as I was going through the script as we were shooting, I had to find a way to win in every situation, no matter what. Like there’s a scene at the soccer game. And my character is even willing to act like a scared little girl, to get away.

You played Steve Biko in Cry Freedom years ago. So filming Safe House in South Africa, what is your take on how things have changed?

DW: When we shot Cry Freedom, I wasn’t even allowed in South Africa. They told me I could come, but I wasn’t gonna leave. I had heavy death threats at that time. So we shot in Zimbabwe. And in 1995, I had the privilege and the honor to meet Desmond Tutu and Nelson Mandela, the same day.

So I had breakfast with Desmond Tutu, and lunch with Nelson Mandela the same day. And then had the good fortune to have Mr. Mandela come to my house in California. So there’s been a tremendous amount of change. You know, you have a whole ‘nother generation.

And now you’ve got twenty years olds, that only heard about it. You know, I saw this show on television, and they were talking about South Africa now. And you had kids there with like valley accents! Because of the Internet, and the information age that we’re in. And they’re exposed to so much more.

At the same time, I still saw a lot of the psychological damage. I met a woman there, a very fair skinned woman. Who was, interestingly enough, studying psychology. She was living by the coast. And her mother was black, and her father was Jewish.

And her mother had to act like she was the maid. When in fact she was married. And to live in that neighborhood, they kept the charade up that she was the maid, for twenty years. Now, imagine the damage, the psychological damage that did.

And not only to her, but to her daughter. You know, seeing her mother have to act every day like a maid, in order to get into the house. And once they got into the house, it was a – quote, unquote – normal family. So there will be, there will continue to be psychological scars for years to come.

But Capetown is like Santa Monica on steroids! It’s one of the most beautiful towns you’ve seen. But it’s still set up the old way. You go ten miles inland where the townships are, and they’re still there.

It was also interesting talking to an elderly man who built a nice house for himself in the township. And I was like, why are you living out here in the township? Why don’t you move towards the beach.

And he said, oh no. I don’t trust these people. They might change their mind! But he was also more comfortable there. He was used to being there. That’s where he grew up. It’s that it was the area where people were allowed to live, so they just decided to stay there.

And they police themselves, because it’s so big. So we would be driving from the set, back to the base camp, and we saw these men walking around this one guy. And a guy had a big stick, and was whipping him.

And I asked my driver, what are they doing?

And he said, they’re putting him in his place. I said, whoa. What do you think he did. And my driver said, something related to the women, he may have messed with a young girl or something.

And I said, well why doesn’t he run? And he told me, they’ll kill him. He said, if he tries to run, they’ll stone him. So that still exists, you know?

But you can get Direct TV! You know what I mean? Yeah. It was the weirdest things, watching the Kardashians! They should bring them over there!

Do you have more fun playing a bad guy like in Safe House?

DW: The next picture I made that will come out at the end of the year or the beginning of next year, is called Flight. And I play an alcoholic, drug addicted pilot. He crashes a plane, but saves a lot of lives.

And it was probably the most intense film I’ve done in twenty years. And I guess it’s cliche to say that the bad guy is more fun. Because you can say anything and get away with anything, you know?

And sometimes when you’re the good guy, you’re trapped. Oh, he can’t say that. And even when you’re playing a real person like Steven Biko, you’re sort of stuck within those confines. So…yeah! Bad guys do have more fun! 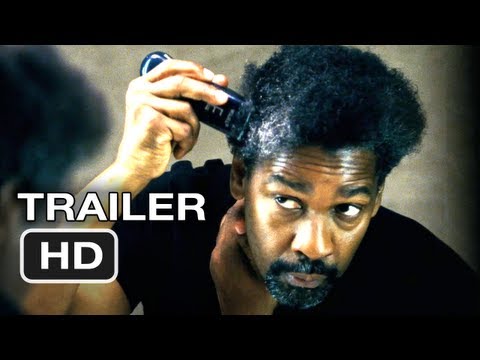