For anyone who may be considering buying into the myth that hookers love the work they do, think about why one flourishing business during this economic crisis, is sex slavery. And while sex slave mills abound in all sorts of dark corners of US cities, immigrant women seem to be the victims of choice, bewildered strangers in a strange land deceptively lured to this country with the promise of legitimate work.

And the shoestring indie feature, Off Jackson Avenue, is as chilling as any big budget horror movie as it graphically exposes in dramatic form, the fate of these women, based on grueling reality-based events. The film is written, directed and stars John-Luke Montias as a bottom feeder Long Island City car thief. His grim story, and a weaker, comically surreal tale of a Japanese English teacher moonlighting across the planet as a Queens hitman, intertwine in effectively surprising ways with the fate of Olivia (Jessica Pimentel). She’s a Mexican immigrant who is brought to the United States by an Albanian gang, with the false promise of work in a Long Island City restaurant. But Olivia is held captive instead, beaten, and brutally raped by the ringleader. And forced into prostitution at their seedy Long Island City brothel harboring other immigrant women, mostly from Eastern Europe. 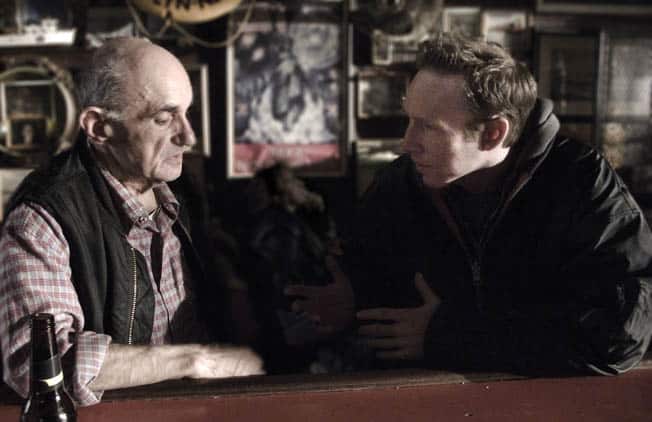 Off Jackson Avenue is much more than a voyeuristic glimpse into the horrific world of under the radar, modern day slavery in this country. Rather than simply a tale about helpless victims, the film illuminates the extraordinary courage to survive a seemingly hopeless situation, and the struggle and inspiration of one fearless woman in particular, to resist and prevail.