This flick featuring rap music in the slums has maybe the most misleading movie title since Black Snake Moan. However, as long as you don’t expect to hear any jazz or to see any diamonds, you might find yourself pleasantly surprised by this cautionary tale about two sisters who both become involved with the same unsavory character from the wrong side of the tracks.

At the point of departure we find Jasmine (Monique Cameron) and Leah (Erica Chamblee) Morgan attending to their terminally-ill mother (Ruth Chamblee-Lee), Willow. After she passes away from lung cancer, the artistically-oriented siblings opt to pursue their passion, song and dance, respectively, rather than study something their physician father (Clifton Powell) would consider practical.

So, rather than return to college in accordance with her Dad’s wishes, aspiring singer Jazz decides to test the waters in the D.C. hip-hop scene, located in a section of the ‘hood where the women are fast and the drugs flow freely.

There, she hooks up, literally and figuratively, with Gabe (Wood Harris), a barber/agent who promises her the world. She starts performing with a group he represents with every intention of making it back out of the ghetto, only to end up pregnant after being date-raped by her new manager.

The plot thickens further when Jasmine brings Leah to the club, and guess who perpetually-high Gabe hits on next? The attractive teenager gets her first kiss from the player, and Jazz can only looks on as her previously-overprotected little sis falls head over heels in love with a guy who’s no good for her.

Of course, a messy melodrama erupts inside this incestuous triangle when the truth spills out, with Gabe holding out for a DNA test, claiming, “We don’t even know if that’s my baby!” A plausible morality play contemplating the consequences of indiscriminate mating.

A sobering picture which doesn’t glamorize the gangsta’ lifestyle but rather gives you a good idea why the nation’s capital has the highest rates of unwanted pregnancies and HIV infections in the country.

To see a trailer for Jazz in the Diamond District, 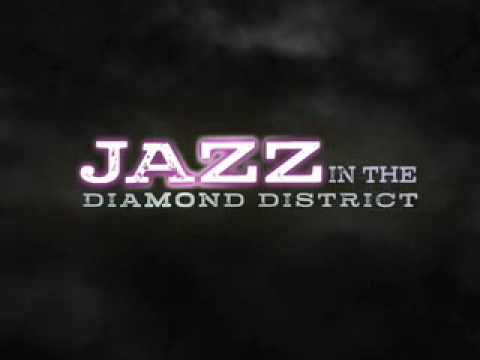