Who would ever think that you could make a movie about an order of self-effacing monks who’ve taken not only a vow of celibacy, but also of silence? Philip Groning, the director of Into Great Silence would, that’s who. It was over 20 years ago when he first approached the Carthusians, an ascetic sect about shooting a documentary at the Grande Charteuse, a modest monastery nestled in amidst the majestic French Alps.

Finally, some 16 years later, Groning got his answer, a “Yes,” though it was contingent on his complying with certain conditions. He would have to work without a crew, and film by natural light. He agreed, and moved into the monks’ quarters, capturing every aspect of their lives for a year, from prayer and meditation and other religious rituals, to spiritual study, to the drudgery of everyday tasks, to cooking and gardening, to weekly walks around the picturesque grounds of the hermitage.

The upshot of the gifted director’s efforts is Into Great Silence, an exquisite, mesmerizing mood piece which immerses the viewer in the humbling hush of monastic life. Deliberately-paced and clocking in at almost three hours, it features neither a soundtrack nor a voiceover to interfere with one’s appreciation. Thus, this simple, if super-realistic, film offers its audience the ultimate experience in cinema verite’. 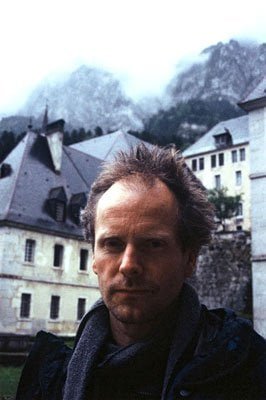 Groning focuses on just a few of the 30 or so abbots abiding at the Grande Charteuse, including a nameless blind elder,and a couple of novices, Etienne and Benjamin, the latter, a recent arrival from Africa. But the primitive setting and the quietness of the inhabitants enable ordinary natural sounds to take center stage, from the creaking of floorboards to the chopping of vegetables to the babble of a brook.

If the point of the picture is to challenge each viewer to steep oneself in the stillness while reflecting upon one’s relation to God versus the trappings of technology and the rampant materialism of modern society, it must be considered an unqualified success. One couldn’t hope to find a more potentially transformative meditation on the meaning of life in a movie theater.

Unrated In French and Latin with subtitles.