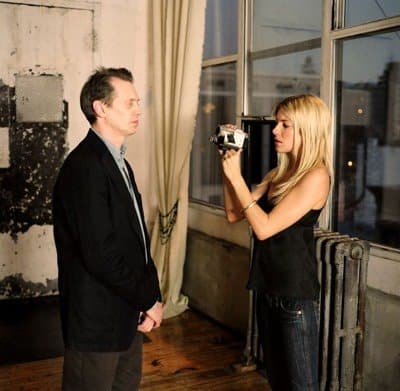 Pierre Peders (Steve Buscemi), a war correspondent for a leading publication called News World, has recently been demoted by his boss for basing some stories on non-existent sources. Now he lives in New York City with his shell-shocked brother, Robert (Michael Buscemi), a former photo journalist left totally traumatized after covering a bloody conflict.

Katya (Sienna Miller), by contrast, is on top of the world. This much-pursued blonde-of-the-moment is not only the hottest movie star, but also the constant subject of sensational speculation in the tabloids.

When Pierre is assigned a puff entertainment piece, namely, to interview this shallow, self absorbed diva, he feels like he’s hit rock bottom, since he’d prefer to be posing probing questions to a powerful political figure. Feeling as though the task is beneath him, he doesn’t bother to prepare for the tete-a-tete and even flaunts that fact in the face of the actress.

“I haven’t seen any of your films,” he admits in the restaurant when they start to converse, further ticking her off by presuming to know her by her tawdry reputation in the gossip columns. Insulted, Katya storms out of the restaurant only to have their paths cross again minutes later when the taxi he’s riding in is in an accident right in front of her home. 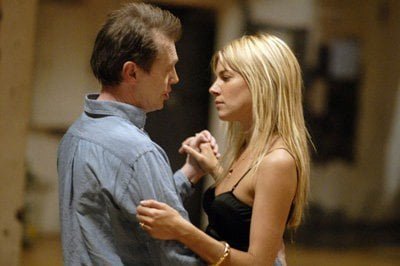 She takes compassion on the shaken Pierre and invites him up to her loft. There, the pair share a glass of wine and proceed to engage in a very frank exchange about men and women and relationships. Crossing a line, he asks her what makes a man attractive and whether she’s good at seduction. And she turns the table on him, inquiring whether he’s gay and if he’s interested in her.

Matters only intensify exponentially from this juncture forward, both emotionally and physically, as the two become hopelessly enmeshed in a dangerous cat-and-mouse game of both their making. They flirt, kiss, role play, smoke, drink, do drugs, agree, deceive, despair, disagree, play truth or dare, and preserve each of their deepest secrets on videotape, all over the course of one unusually intimate evening, given that they were total strangers only hours ago.

This is the compelling trajectory of Interview, a character-driven drama directed by Steve Buscemi. The picture is a remake of a movie by Theo van Gogh, the Dutch director murdered by Muslim extremists in 2004 for having made a documentary depicting the mistreatment of females in the name of Islam. 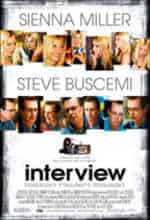 Who’d ever expect to hear the words “Steve Buscemi” and “raw sensuality” in the same sentence?

Rated R for profanity, sexual references, and drug use.