A culture clash movie pitting ’60s free spirit internal exiles against the dog-eat-dog success obsessed youth of today, Humboldt County may similarly divide critics along these generation gap lines. Directed by Danny Jacobs and Darren Grodsky who drew from sentimental childhood reminiscences accumulated while vacationing with elder hippie kin back then, Humboldt County has the related authentic feel of an awestruck youthful brief encounter brush with an isolated tribal counterculture of drop-out, turn-on counterculture kooks. But that misses the mark on corresponding character depth and dramatic exploration.

Jeremy Strong is Peter in Humboldt County, a repressed workaholic UCLA medical student whose harsh professor dad (Peter Bogdanovich) at the same college demands perfection from his son, while threatening him with academic failure if he doesn’t live up to his draconian expectations. One day while role playing in class with ditzy actress Bogart (Fairuza Balk), who’s been hired to do a pretend suicidal patient so the uptight med students can learn to cultivate bedside manners, an emotionally paralyzed and verbally tongue-tied Peter makes a fool of himself. But enchanted by a sense of what is wild and uninhibited in this charismatic woman, Peter clumsily pursues her. After a spontaneous night of hot sex, Peter is nearly silently lured by the sensuous and mysterious Bogart up to her home in the remote redwood forests of Humboldt County’s Northern California ‘Lost Coast,’ to the pot-growing hippie retreat where she lives. And where other mystified past lovers have apparently been deposited as well. 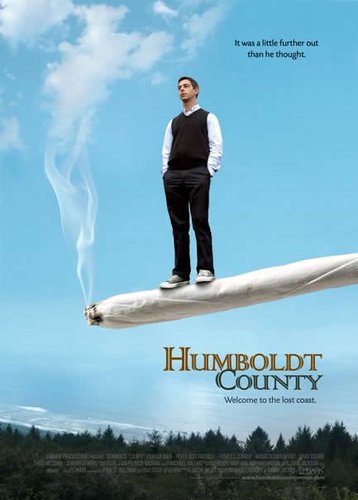 Here Peter is both repelled and fascinated by 24/7 potheads engaged in illegal activity far from civilization in this fairy tale forest, but who have cultivated, not just marijuana, but a human connectedness and openness to one another that Peter has never encountered before. Presiding over these serene surroundings, when not being stalked by the FBI, is bearded patriarch Jack (Brad Dourif), a former UCLA professor who fled the real world decades ago so he wouldn’t have to ‘compromise my soul.’

In the course of Peter’s mind-altering experiences in more ways than one, he undergoes an internal transformation of character and temperament that could have used significantly more fleshing out. There’s also the matter of a segue into conventional narrative that doesn’t live up to the initial crafting of this deliriously whimsical setting. Though scenes with the two philosophically at odds, quietly warring elders, Dourif and Bogdanovich, inject satirical depth into an otherwise not quite sufficiently grounded dramatic core.