Intimate personal experience as a starting point for a movie, can be a mixed bag. While filmmakers might present a more sincere and deeply felt connection to their own life journey on screen than anyone else on the planet, the perspective could be so unavoidably insular that audiences may feel more like eavesdroppers than spectators of somewhat distantly conveyed drama.

And Mary Haverstick’s heartfelt autobiographical Home radiates a poetic sense of private family pain, but where the experience may seem more like that of nosy intruders than viewers invited into the circle of psychological turmoil. But Home and its significant themes touching on the social conflicts connected to women’s health issues, could not be more timely, as Haverstick celebrates her mom’s life in the film, opening just before Mothers Day.

The writer/director based Home on the tragic life of her own mother, also named Mary Haverstick, who struggled with cancer in the 1960s when the director was just a child. The ordeal of her mother’s existence, not in facing death, but rather confronting life as a cancer survivor, unfolds in rural Lancaster, Pennsylvania, where her marriage is falling apart under the impact of her illness. And the force of will and determination to prevail as long as possible, derive from her bond with her little girl, and the cathartic poems she writes that ease her overwhelming sense of helplessness and doom. 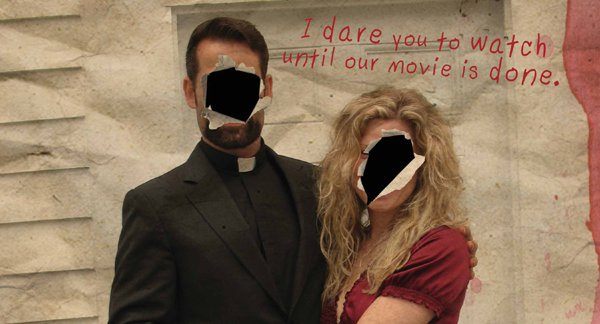 Marcia Gay Harden, who is no stranger to playing someone stricken with cancer, having starred a year ago in Alison Eastwood’s Rails & Ties as a woman battling bone cancer, is Inga, mother to young schoolgirl Indigo (played by Harden’s real life daughter, Eulala Scheel). Their days together during one especially meaningful summer when Inga has been informed that her cancer is in remission, are filled with a shared, passionate connection to the wonders gleaned from human exploration of the natural world around them.

But the evenings are a far different story, when Indigo is confused, traumatized spectator as her mother deals with the hurtful sexual rejection of her emotionally distant spouse (Reathel Bean). And in reaction to the disfigurement of her mastectomy, both mother and father turn to alcohol.

What emerges here as the primary ordeal for the cancer survivor, is being subjected to the overpowering, misguided feeling that one has failed others in their life, rather than the other way around. That is, until a difficult self-awareness and major turning point kicks in, when Inga discovers that ‘life has presented me with a mirror, and I don’t recognize myself.’

Home is a simultaneously lyrical and brutal window into cancer as a complex life altering experience. Though a more tightly framed and less whimsical and episodic structure would have provided a greater dramatic impact to heighten its urgent themes.