Asians have been portrayed just as unfairly as blacks by filmmakers, and also right from the inception of the movie industry. While many might think of D.W. Griffith’s “The Birth of a Nation” (1915) as the starting point of the dissemination of such racist images, the Chinese had by then already been smeared by an earlier silent picture entitled “Massacre of the Christians by the Chinese” (1900).

Over the intervening years, Asians have been generally presented in a very limited fashion in accordance with several recognizable stereotypes popularized and perpetuated by Hollywood. The females tend to be very deferential and sexually available for white men, who they adore and place upon pedestals. Meanwhile, their males are shown to be either desexualized and submissive, or as dangerous and demonic, if they’re at all assertive.

The history of systematic cinematic mistreatment of yellow-skinned people is carefully recounted in Hollywood Chinese, an enlightening, encyclopedic expose’ directed by Arthur Dong. Carefully chronicling the screen characterizations of Asians over the past century, decade by decade, Dong shows how harmful and widespread the fallout from these movies has been.

He is assisted in this endeavor by both damning film footage and by the revealing reflections of luminaries like author Amy Tan, directors Ang Lee, Justin Lin and Wayne Wang, actors Nancy Kwan, James Hong and Joan Chen, and academic Stephen Gong. Mr. Going points out the movies are more than entertainment, for the have the potential to damage with the images they create.

Others speak about growing up hating themselves because of the way they were marginalized by the media. It is important to note in this regard, that in the early days many of the most famous Asian roles, such as Fu Manchu, Mr. Moto and Charlie Chan, were played in “yellow-face” by whites. So, you had Caucasian thespians totally misrepresenting a culture by speaking in an insulting, monosyllabic, pidgin English dialect that suggested they were capable of no deeper reasoning than your average fortune cookie. 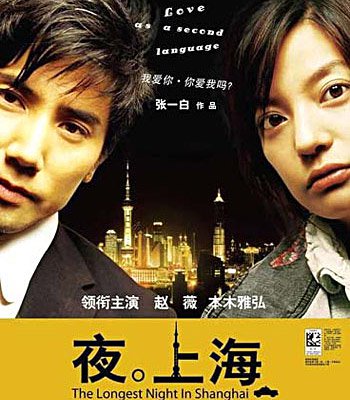 The problem is that when Hollywood was finally ready to hire Asians to play themselves in lead roles, the industry still demanded that they mimic the previously-established prevailing archetypes. Thus, it is no surprise to hear one actress recount here how she had to depend on an acting coach to learn the unfamiliar mannerisms of the one-dimensional, cinematic version of the Chinese, and how to speak “Chinglish.”

The bulk of the interviewees regret that Asians, until relatively recently, never had the opportunity to tell their own stories. Consequently, they fear that they might never be seen as complex human beings with a full range of fears, feelings and emotions. Sadly, the simplistic message still delivered by Hollywood is that the West is masculine, and the Orient is feminine, almost as if the East wants to be dominated. An eye-opening documentary delineating how motion pictures have negatively impacted affected the Asian community, and how they are like to continue to affect impressionable young minds for generations to come.