Harry Matches Wits and Wands with Voldermort and His Minions

It stands to reason that Harry Potter and the Deathly Hallows will be the next-to-last offering in what is already the most lucrative film franchise in history, unless author J.K. Rowling succumbs to fan pressure to extend her best-selling series of children’s novels. This installment covers the first half of the seventh and presumably last book, with the final adaptation slated to be released in July of 2011.

The review-proof production was again directed by David Yates (HP-5, 6 & 8) and adapted to the screen by Steve Kloves, who wrote the script for all but the fifth episode. As for the cast, the principals reprise their lead roles, as do critical support players in Alan Rickman as Severus Snape, Robbie Coltrane as Hagrid, and Helena Bonham Carter as Bellatrix Lestrange, while noteworthy newcomers include Bill Nighy as Minister of Magic Rufus Scrimgeour, and Carolyn Pickles as Muggles Studies teacher Charity Burbage.

The formulaic film is basically another special effects-driven adventure featuring an epic showdown between righteous and rogue wizards. At the point of departure, we find Harry (Daniel Radcliffe) and his best friends, Ron (Rupert Grint) and Hermione (Emma Watson), dropping out of Hogwarts since the school and the Ministry of Magic have fallen into the hands of the evil Lord Voldemort (Ralph Fiennes) and the diabolical Death Eaters.

Voldemort convenes a meeting with his minions during which he conspires to kill Harry using a powerful wand borrowed from Lucius Malfoy (Jason Isaacs). Meanwhile, Potter and his pals hatch a plan to seek and destroy the Horcruxes, said to contain the key to their adversary’s immortality. 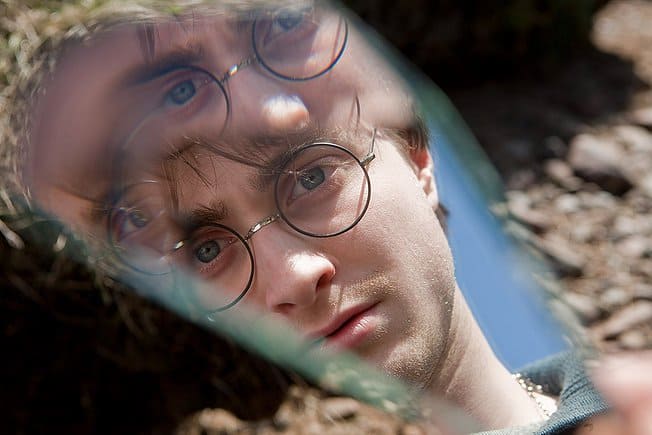 As usual, the dialogue is laced with lots of sui generis terms like the aforementioned “Horcruxes” which give an advantage to audience members familiar with the source material’s peculiar lexicon. Nonetheless, the simplistic good versus evil theme makes it abundantly easy for the uninitiated to keep score.

The intrepid trio’s ensuing quest takes them into an enchanted forest where, without the guidance of their professors, they are forced to mature quickly in order to survive a host of supernatural ordeals testing not only their wits but their bonds of loyalty. Speaking of maturing, director Yates makes minor concessions to his protagonists’ repressed sexuality by allowing for some sensual interludes and eroticized violence.

Still, the movie is more about watching wave after wave of encounters with dark forces unfold relentlessly in the manner of a violent video game. Engaging and entertaining, yes; yet, for all the spells and potions and eye-popping CGI, in the end not much of consequence ever transpires to advance the storyline any closer to resolution.

A water-treading sequel with no emotional momentum ostensibly serving as a setup for next summer’s grand finale.