If you ever wanted to know exactly what turned Hannibal Lecter from a dapper British doctor into a bloodthirsty cannibal, don’t expect to get no satisfaction from Hannibal Rising, a prequel which doesn’t make much sense, if you’re at all familiar with the prior films from the grisly franchise.

Those movies: Manhunter, Red Dragon, Hannibal and, most notably, Silence of the Lambs, are all based on best sellers by Thomas Harris.

In this case, the latest Harris novel was only released in December, reinforcing the rumor that the book was ostensibly a rush job cobbled quickly together after the screenplay had already been written. As a result, Hannibal Rising suffers significantly from a failure to mesh meaningfully with the prior offerings. 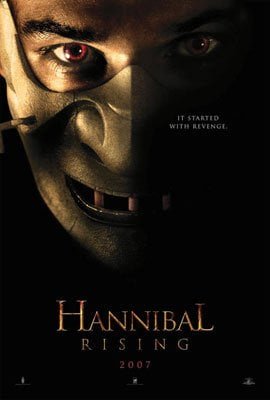 For instance, everybody knows that Hannibal was British, having been played with a distinctly English accent by both Brian Cox and Sir Anthony Hopkins. However, now, they’ve concocted some royal roots for the character, stipulating that he was born a Count, ala another maniacal Eastern European murderer, namely, Dracula, with whom he now shares a disturbing number of parallels.

The story opens in Lithuania during World War II, just as the Lecter family castle is about to be overrun by the Nazis. There, it is established that the seeds of Hannibal’s (Gaspard Ulliel) later depravity were sown when a German fighter plane mowed down the young boy’s parents (Richard Leaf and Ingeborga Dapkunaite) right in front of his eyes. Then, the kid totally loses it after the gang of local collaborators who commandeer the estate not only slaughter his little sister, Mischa (Helen Lia Tachovska) for food, but feed him parts of her body, too. 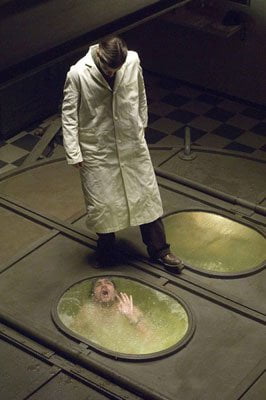 From the scene of this understandably traumatic tragedy, the film fast-forwards to post-war France where we find teenage Hannibal in med school and taken in by his recently-widowed aunt, Lady Murasaki Shikibu (Gong Li), whose relatives perished in Hiroshima.

With so much loss in common, it is no surprise that sparks start to fly between the pair of forlorn orphans, the incestuous of the liaison notwithstanding. Yet, despite falling in love and the prospects of a promising career, Hannibal remains driven to exact a measure of revenge on each of the war criminals responsible for plundering his community and violating his sibling.

As a consequence, Hannibal Rising really amounts to more of a vigilante adventure on the order of Death Wish than a true slasher flick. 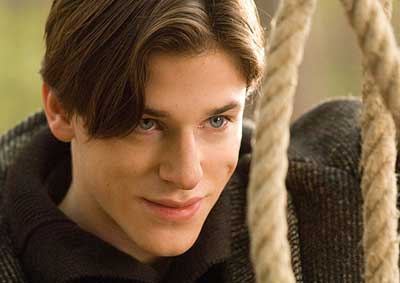 For this wholesale overhaul manipulates the audience to root for, rather than hate, its sadistic protagonist as he hunts down his prey and savors dining on their flesh, such as a tasty brioche comprised of wild mushrooms and cheeks.

The film’s near fatal flaw rests with this recasting of Hannibal as an admirable Nazi hunter capable of compassion, a person who bears little relation to the psychopathic misanthrope who so easily sent shivers running up and down an audience’s spine.