Latest Apatow Teensploit Fails to Measure Up to Recent Offerings

Judd Apatow certainly appears to have the Midas touch when it comes to teensploitation flicks. Last year alone, he had a hand in a couple of the most successful, albeit relentlessly-raunchy, romantic comedies in recent memory. One was Knocked Up, which he wrote, directed and produced; and the other was Superbad, which he merely produced. Together, the two crowd pleasers netted in excess of a quarter billion dollars at the domestic box-office alone, to say nothing of its international take theatrically or via DVD distribution.

Apatow’s latest offering, Forgetting Sarah Marshall, ups the ante in terms of shock value by appealing to perhaps the lowest common denominator yet, starting with an opening scene featuring gratuitous shots of male genitalia. Unfortunately, the film fails to measure up to either of the aforementioned adventures as far as pushing the needle on the Richter laff meter. 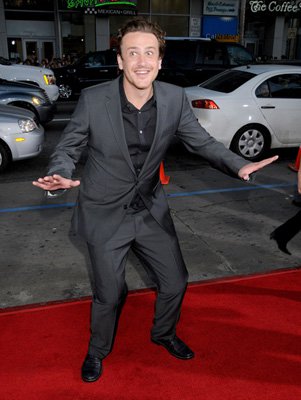 The problem starts with the ill-advised decision to cast first-time screenwriter Jason Segel as the leading man in a flick based on his own script, a mistake only further compounded when the project was also entrusted to a first-time director, Nicholas Stoller. And while the picture might make for an impressive feature debut, it still pales in comparison to the body of work revealed by producer Apatow’s resume’.

The charisma-free Segel plays Peter Bretter, a struggling composer with dreams of finding fame and fortune by writing a puppet rock opera version of Dracula. While waiting for his ship to come in, the twentysomething slacker pays the bills by way of a mindless job adding generic musical scores to TV shows. 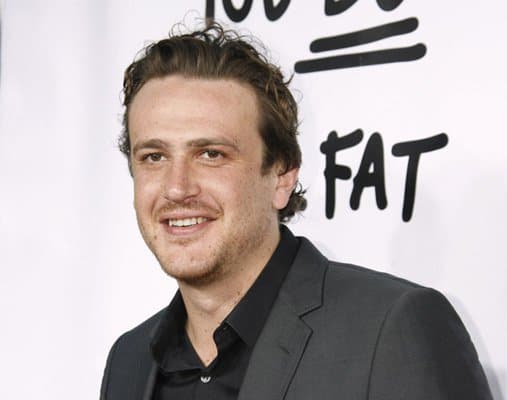 At least Peter’s love life offsets his rapidly-diminishing career prospects. For the past five+ years, he’s been in a monogamous relationship, or so he thinks, with Sarah Marshall (Kristen Bell), the glamorous star of a hit television series called Crime Scene. If the premise of a loser dating a celebrity sounds familiar, that’s because it’s the same set up employed in Knocked Up.

Here, however, just past the point of departure, Sarah dumps Peter, vigorously denying that there’s anyone new. Half-truth-be-told, she’s already been two-timing him for over a year with Aldous Snow (Russell Brand), the terminally-full of himself lead singer for a British band called Infant Sorrow.

Disconsolate, Peter decides to take a vacation in Hawaii to get over his girlfriend, only to discover that she’s staying at the same resort with her golden-tanned hunk. Luckily, the hotel’s receptionist, Rachel (Mila Kunis), not only takes an instant liking to Peter, but she even generously lets him stay in the penthouse free of charge after hearing his sob story. 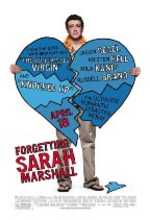 And although he’s determined to win back his ex’s heart, it’s obvious that it’s just a matter of time before he’ll wise up and notice the gorgeous girl behind the counter in the lobby. In the interim, Forgetting Sarah Marshall indulges in an array of the expected testosterone-fueled antics with the help of a few members of the Apatow acting company, including Jonah Hill (Superbad and Knocked Up) as an unctuous waiter, Bill Hader (ditto) as Peter’s step-brother, and Paul Rudd (Knocked Up and the 40 Year-Old Virgin) as a stoner surfer dude.

Too bad that the plot is so transparent and Jason Segel doesn’t quite have the charm called upon to make the self-effacing protagonist he created endearing.