Two first timers, director Will Gluck and screenwriter Freedom Jones, lay on the derivative lewd dirty talk from other far better grossout flicks, with all the elegance of a sledgehammer. This, as teen buddies Shawn (Nicholas D’Agosto) and Nick (Eric Christian Olsen) conspire to quit football for summer cheerleading camp, so they can ‘get chicks for our nutter butter.’ Uh, okay. Not that the scantily clad coeds are revolted shrinking violets about any of this. Prospective female nutter butterers in the vicinity are prone to announce all sorts of sleazy thunder stealing verbal gems of their own about their ‘sweaty yams,’ or walking away backwards ‘so you don’t talk about my ass.’ 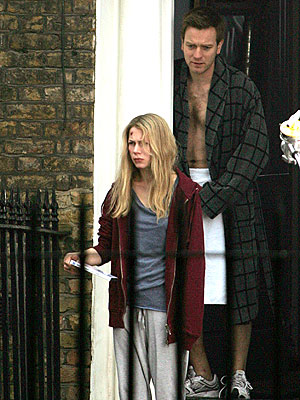 And while spending the summer as the only pair of straight guys hanging around that ‘hot chick produce aisle’ with It girls like Carly (Sarah Roemer) may seem initially utopic, there’s unanticipated competition lurking around. Like suspicious ‘pre-fiance’ Dr. Rick (David Walton), a premed odd combination of possessive womanizer, who suspects his sexual rivals are as predatory as he is, and is not about to let any of that happen. And for added comic relief for those in the audience still not laughing, there’s a gay squad member fond of running around naked and doing circus tricks with his private parts.

The cheerleading routines are impressively choreographed and dynamically executed, capturing the euphoria of raging youth hormones gone creatively wild. But there’s no way to avoid crying foul about all the determined tastelessness for the sake of cheap laughs. For instance, when sex education turns out to mean a lesson in lust for the boys, from the male and female instructors alike.

Fired Up!, a too much information, accidental promo for home schooling. Hose this one down.