Upon the release of The Sixth Sense in 1999, M. Night Shyamalan was heralded as the heir apparent to Alfred Hitchcock’s mantle as the master of suspense. However, the once-celebrated wunderkind’s stock has fallen over the intervening years because each of his subsequent offerings has generally been disappointing due to the identical failing.

The trouble is that his adventures rely on rabbit-out-of-the-hat revelations which retroactively render the rest of what you’ve just watched inconsequential. In The Sixth Sense, the element of surprise was the discovery that Bruce Willis’ character had been knocked off during the opening scene. In The Village, it was the fact that the tale was actually set in the present, not in the 19th Century as implied. And so forth. 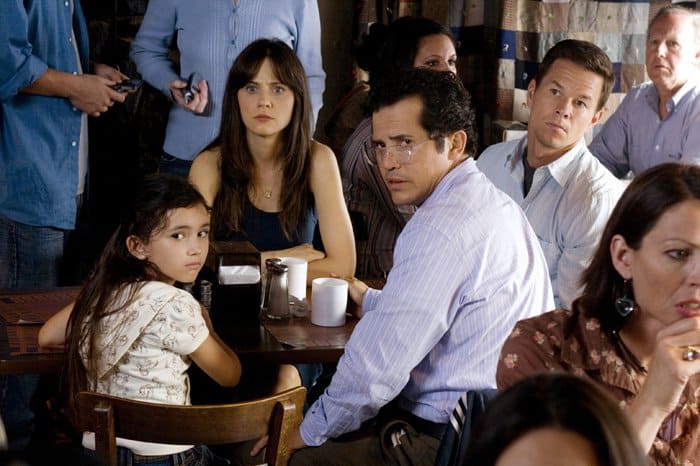 Consequently, Shyamalan’s critics have deemed him a one-trick pony undeserving of his lofty status as a cinematic genius. Now, perhaps in response to his detractors, he has crafted The Happening with a more-transparent twist than usual. Unfortunately, by dropping hints periodically throughout the picture, the upshot is that the audience is likely to be left wondering “Is that it?” as the closing credits roll.

The film opens in New York during the morning rush hour in the vicinity of Central Park as people begin exhibiting bizarre behavior which starts with catatonia and disorientation and culminates with their calmly committing suicide in a variety of ways. Given the memory of 9/11, it is no surprise that the authorities would jump to the conclusion that the city has been hit by another terrorist attack, this involving the release of a toxin into the atmosphere. 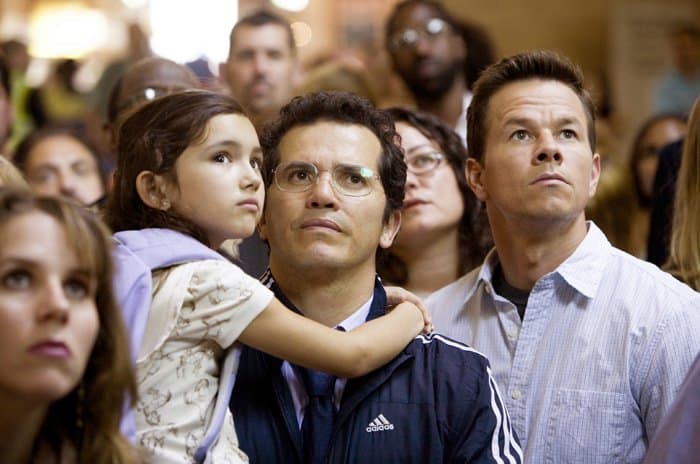 The setting quickly shifts to a classroom in a Philadelphia high school where science teacher Elliot Moore (Mark Wahlberg) just happens to be leading a classroom discussion about why the honey bees have been disappearing lately. He suggests that “there are forces at work beyond human understanding.” Hint-hint. Cue the Twilight Zone theme song.

But before he has a chance to elaborate further, the faculty is summoned to the auditorium where the principal (Alan Ruck) informs them about the terrorist attack and summarily cancels classes for the rest of the day. Soon, the folks in Philly are becoming infected with the same self-destructive urges as witnessed around Manhattan.

So, Elliot and his pal, math teacher Julian (John Leguizamo), decide to make a break by train to a presumably safe haven in the country. En route, they pick up a couple of loved ones in the former’s estranged wife, Alma (Zooey Deschanel), and the latter’s little daughter, Jess (Ashlyn Sanchez). Together, the four then embark on a valiant struggle to survive the godforsaken plague which has descended upon the northeast from Massachusetts to Maryland. 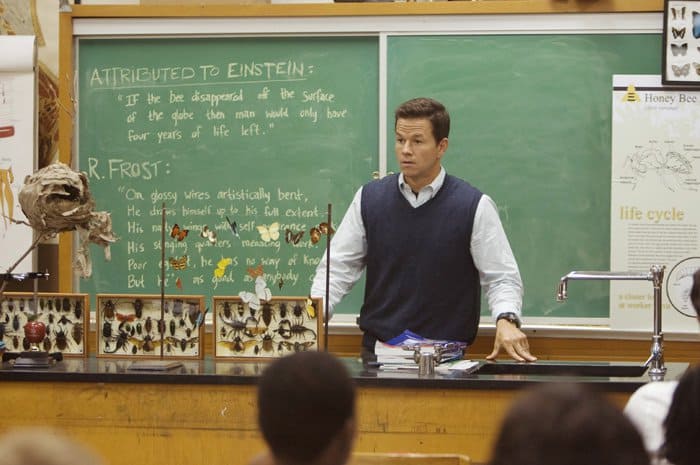 Besides telegraphing what’s really at the root of the havoc, The Happening is beset by a number of glaring flaws. First, the acting is atrocious, the biggest culprit being Zooey Deschanel who barely demonstrates the emotional range of one of the zombies everybody around her is turning into. I guess there’s a reason why she’s previously always been typecast as a sarcastic smart aleck. Equally-wooden is Mark Wahlberg whose countenance never conveys the sense of dread of someone facing the apocalypse.

Then there’s the problem of Shyamalan’s plagiarizing trademark scenes from other sci-fi thrillers, such as the jumping off buildings employed only last year in the remake of The Invasion of the Body Snatchers. What’s more annoying than when a mediocre movie constantly reminds you of much better pictures? I know, it’s when you wait an hour and a half for a solution this pathetic.

To see a trailer for The Happening,