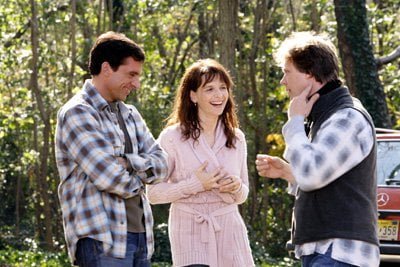 Sometimes a film’s premise is so farfetched that it’s impossible to suspend one’s disbelief long enough give to give its conceit a chance to take root. This I found to be the case with Dan in Real Life, a tawdry tale of betrayal masquerading as a heartwarming story about a widower’s finding a second chance at romance.

Steve Carrell stars in the title role as Dan Burns, a guy who’s had his hands full trying to raise three daughters on his own since his wife passed away four years ago. By trade, he’s a relationship advice expert with a popular column that’s about to be nationally syndicated. So, one would think that as an expert on love he’d know better than to become embroiled in an incestuous love triangle by falling for a sibling’s gorgeous girlfriend. But precisely such a sordid, Jerry Springer-esque scenario does unfold at the Burns clan annual reunion being hosted by family matriarch and patriarch, Nana (Dianne Wiest) and Poppy (John Mahoney), at their spacious compound on the Rhode Island shore. 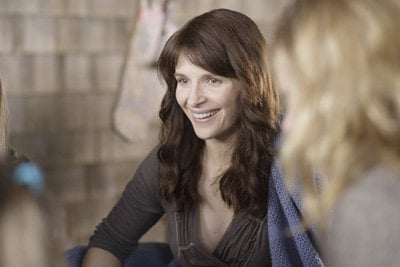 The plot thickens right after the long car ride up from New Jersey, during which Dan was driven crazy by little Lily (Marlene Lawston), and his rebellious teens Cara (Brittany Robertson) and Jane (Alison Pill). Leaving the girls with their grandparents, he ventures into town for a break from all the estrogen.

At a local bookstore, he locks eyes from across the shelves with Marie (Juliette Binoche), a fey beauty with an ethereal air about her. Mistaking Dan for the shop’s proprietor, she asks him for a recommendation, and the two strike-up a conversation which ends up lasting hours. Despite the obvious chemistry, the two reluctantly part company, unaware that they will be spending the weekend in the same house. Turns out she was invited to the huge gathering by her new beau who just happens to be his brother, Mitch (Dane Cook).

When they are then formally introduced, neither lets on that they’d already met. And the tension starts to build as they secretly share stolen moments while compounding their initial lie with an increasingly deceitful cover-up, much in the way of your typical TV sitcom episode. The problems with this morally-reprehensible development are plentiful, starting with the fact that Dan is stealing a woman he’s only known for a few hours, and from right under Mitch’s nose. Plus, there’s the question of what sort of example this he’s setting as a role model for his daughters, and what type of relationship guru would behave like such a hypocrite. 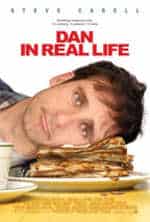 Cruel and contrived, Dan in Real Life’s fatally-flawed script is vulgar, but never funny, and simply squanders the services of Steve Carrell who delivers his every line with an utter lack of conviction. The fastest way to clear a theater.

Rated PG for some sexual innuendo.