If they gave out an Academy Award for Most Nudity, Natalia Avelon would win one for her almost always naked portrayal of Uschi Obermaier. And who exactly, you ask, was Uschi Obermaier? Only Germany’s most celebrated groupie in the Sixties, thank you very much. A gal famous for sleeping with such rock icons as Jimi Hendrix and The Rolling Stones’ Mick Jagger and Keith Richards.

A more important question might be, why would anyone want to make a movie about the life of a groupie? Upon viewing, it becomes apparent that this hedonistic adventure was designed more as a nostalgic reminder of the hippie days of sexual freedom, cheap weed and rebellion for rebellion’s sake than as a bio-pic about a charismatic figure. In this regard, the picture stands as a gritty, super-realistic contrast to Almost Famous (2000), Cameron Crowe’s relatively-romantic, anti-septic take on the same era. 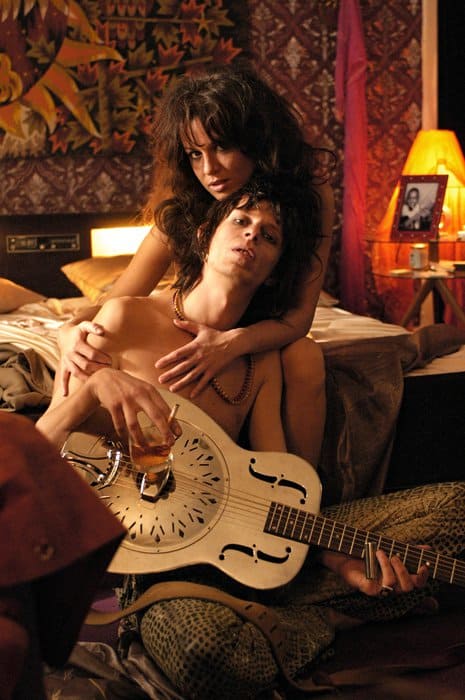 Eight Miles High is based on an authorized biography about Uschi by Olaf Kraemer entitled “Das Wilde Leben.” And since he and his subject share screenplay credits with several other scriptwriters, it’s safe to say that the movie must be a fairly faithful adaptation of the source material. As brought to the big screen by director Achim Bornhak, that vision revolves around the image of a relentlessly-naked heroine.

For whether Uschi is running away from home as a carefree teenager to a free love commune, working as a runway fashion model, hanging with rock icons or marrying a guy who owned a strip club in Hamburg’s red light district, she invariably behaves as though she’s allergic to clothes. The backdrops may change, but in every scene, there’s our perky protagonist cavorting in her birthday suit. 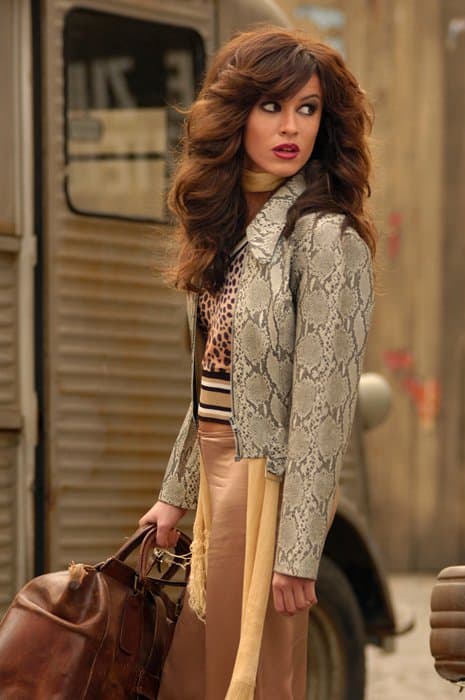 Whether getting mixed up with radical politics, indulging in no-strings attached, one-night stands, posing for the cover of Playboy or offering oral favors to band members, you could always count on Uschi to be disrobed. And the pretty, petulant anarchist even took her act on the road, sharing her wares not only with folks in Germany, Europe and the U.S., but also delighting people in Pakistan, India, Mexico and elsewhere.

To her credit, the sixty-something bon vivant survived the debauchery and lived to tell the tale, which is more than can be said of many of that generation who flamed out well before their time. Today, Uschi lives near L.A. in Topanga Canyon where she plies a legit trade as a fully-clothed, jewelry designer. 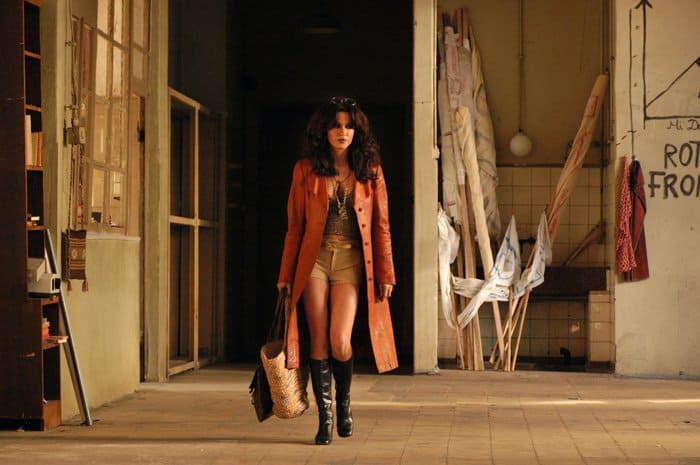 A revealing (pardon the expression) tell-all which examines nudity not as a fashion statement, but as a tool wielded by a master manipulator to bring grown men to their knees. You will marvel, at just how naked the talented Natalia Avelon remains scene after scene.

In German, English and Italian with subtitles.