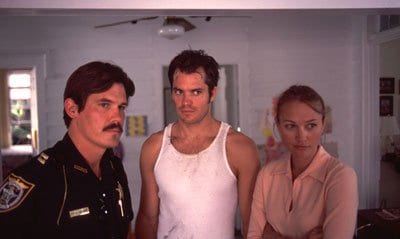 Sonny (Timothy Oliphant) has just been released from prison after three years behind bars, having been granted an early parole for good behavior. He returns to his hometown on the scenic Gulf Coast of Florida where the crooks he used to hang with still control the drug trade.

Deep down, he knows he really ought to avoid them, however, the gang owes him about $200,000. And the crime boss (William Forsythe) wants Sonny back in the fold, so he starts dangling the promise of the cash like a carrot on a stick. 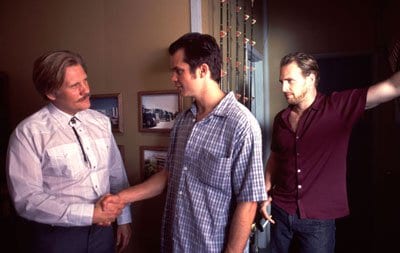 Thus, the conflicted ex-con finds himself facing a critical crossroad, torn between his former bad habits and a newfound desire to settle down and start a family. Fortunately, his best friend, Dave (Josh Brolin) the local sheriff, happens to be happily-married and is willing to serve as a role model to help his old pal stay on the straight and narrow.

The plot thickens as soon as Sonny becomes smitten with Dave’s wife, Ann (Sarah Wynter). A messy love triangle ensues when she flirts back, instead of discouraging his inappropriate overtures. Thus, Sonny’s return to town turns out to be self-destructive while also exacting a toll on almost anyone he comes in contact with.

So unfolds Coastlines, the final installment in a gritty trilogy directed by Victor Nunez (Ruby in Paradise and Ulee’s Gold). The principals in this modern morality play are recognizably real, and their palpable predicaments keep the picture compelling as the plot repeatedly endeavors to juxtapose the competing themes of redemption and revenge.