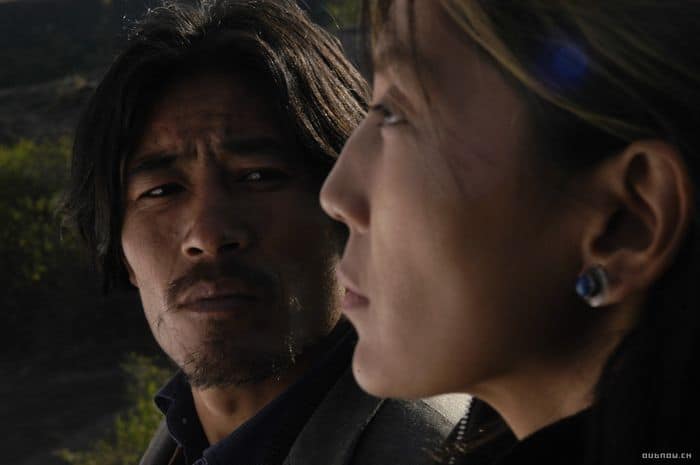 Karma (Tenzin Chokyi Gyatso), a Tibetan-American filmmaker from New York, decides to travel to the Dalai Lama’s headquarters in India to reconnect with her roots while making a documentary about former political prisoners. Accompanied by her young local assistant Jigme (Tenzin Jigme), who would love to relocate to the U.S., she negotiates her way around the refugee-filled city of Dharamsala.

There, she finds herself, first, intrigued by and, then, attracted to the recently-arrived Dhonup (Jampa Kalsang), a man on a mission to fulfill his dying mother’s last wish to deliver a charm box containing a cyanide pill to a long-lost friend of hers. Karma chooses to join the unorthodox ex-monk on his quest, and a triangle of sorts eventually ensues, with jealous Jigme warning her that Dhonup might only be interested in her for a Green Card marriage. 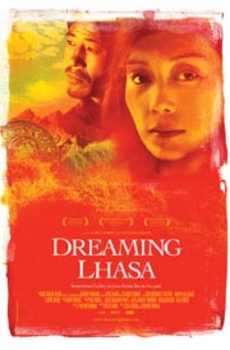 This is the meat and potatoes of Dreaming Lhasa, a surprisingly-engaging, semi-autobiographical docudrama written and directed by Tenzing Sonam, himself, the son of Tibetan emigres. While the movie must have served as sojourn of self-discovery for the moviemaker, it simultaneously offers any audience a refreshingly realistic peek into the plight of his displaced people, a warts-and-all characterization which cuts a sharp contrast to the prevailing popular image as disembodied by the saintly Dalai Lama.

In Tibetan and English with subtitles.