A year ago, Black in America debuted on CNN to a lot of fanfare, but the 2-part special failed to live up to the hype basically because it bit off more than it could chew. After all, there is tremendous diversity among African-Americans, and the show did its best to cover as many sectors of the black community as possible. Unfortunately, the upshot of that overambitious endeavor was that the program introduced more storylines than it was capable of addressing satisfactorily, and ended up looking less like a documentary than a string of unrelated news stories.

Well obviously, CNN is a fast learner, because Black in America 2 is far superior to the original offering. Again hosted by Soledad O’Brien, the show is certain to be a pleasant surprise to viewers returning with lowered expectations. 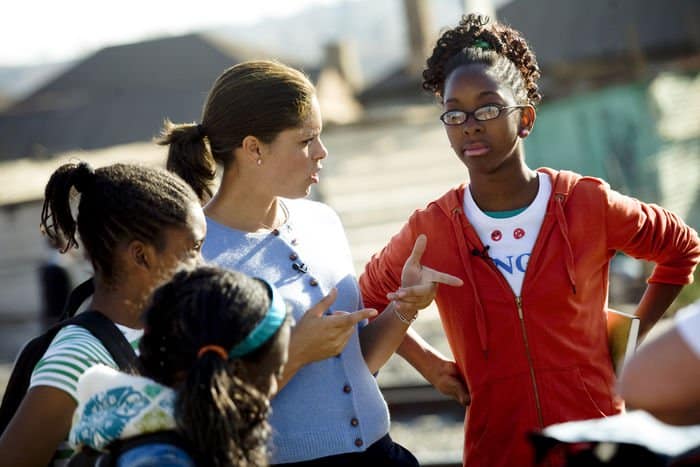 This go-round, Soledad tackles fewer topics, but devotes quality time to each. The first half of the series is subtitled Today’s Pioneers, and opens by chronicling the marital crisis of James and Tina Barnes, a middle-class Maryland couple entering counseling in a last ditch effort to save their 21-year marriage. They travel to Washington, DC to take part in group therapy sessions guided by the creator of Black Marriage Day, Nisa Muhammad, a woman who has made it her mission to promote healthy African-American relationships.

The next segment focuses on oncologist Dr. Lisa Newman, a breast cancer surgeon at the University of Michigan Hospital.

Here, we get to observe the accomplished oncologist not only sensitively reassuring a concerned patient but reflecting during agonizing moments of introspection while awaiting the results of a biopsy of an abnormality found in her own breast. Also profiled in Part One is actor/director/producer Tyler Perry whose success story cuts a sharp contrast with the struggle of Chris Shurn, an ex-con recently paroled from San Quentin who’d be happy just to find a decent job paying a living wage.

Part Two, Tomorrow’s Pioneers, highlights the efforts of some unsung role models who have dedicated their lives to cultivating the next generation of African-American leaders. For instance, Malaak Compton-Rock’s charity, “Journey for Change,” sponsors 30 underprivileged teenagers from Brooklyn for a trip to South Africa where they are emotionally affected by the opportunity to do volunteer work with the even less fortunate. Equally-inspiring are the academic achievements of the students at Capital Preparatory Magnet School in Hartford, Connecticut. Don’t be surprised to find yourself wiping away a few tears watching how Principal Steve Perry’s rigorous, tough love regimen has been reaping incredible results.

Overall, congrats to Soledad O’Brien and CNN for Black in America 2, a considerable upgrade which ought to establish the project as an eagerly-anticipated, annually-televised franchise.

To purchase a copy of the original CNN Presents: Black in America, visit: B001D07DOC

To see a trailer for CNN Presents: Black in America 2, visit: