Darrell Barnes (Sean Riggs) was dealt a horrible hand as a baby, having been abandoned by his mother after his father was shot dead on the rough streets of North Philly. At least he was lucky enough to be taken in by his paternal grandmother (Irma P. Hall), a Bible-quoting Christian who did her best to insulate the boy from the host of evils permeating their crime-infested neighborhood.

Heeding her admonition to trust in the Lord, Darrell stuck to the straight and narrow as a child. He did his best to keep out of trouble, excelling in school, where he cut a sharp contrast to his best friend, Dre (Dennis L.A. White), a clueless victim of social promotion allowed to slip through the academic cracks at an early age. 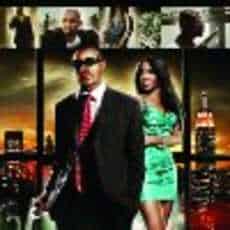 So, it’s no surprise that juvenile delinquent Dre would eventually drop out to become a drug kingpin, and rationalize operating such a reprehensible enterprise by liberally quoting misanthropic lines from Machiavelli like, “Kill enemies before they kill you.” Meanwhile, Darrell did good and Grandma Barnes proud by gaining admission to the prestigious Wharton Business School.

In most coming-of-age sagas, the empathetic underdog’s making his way out of the ghetto would herald a proverbial “happily ever after” ending. But in the more nuanced and multilayered world of Changing the Game, entre to the Ivy League merely signals the start of a new set of challenges to be faced by this naive inner-city refugee.

After graduating, as warned by his wise, rapidly-expiring grandma, Darrell finds himself still tempted by the Devil and having to negotiate his way through a different gauntlet of wickedness. With both Jesus and Machiavelli’s teachings competing for control of his mind, he goes into business with a corrupt classmate (Brandon Ruckdashel) against his better judgment.

The tension builds as Darrell lets greed get the better of him to a point of no return where it’s gonna take a miracle for the ambitious brother to escape with his soul intact. Touching on a litany of timely themes, this modern morality play of Shakespearean proportions packs an emotional punch while sending a sobering message about what really matters most.

Trailer for Changing the Game: