While hearing confessions in church one day, Father James Lavelle (Brendan Gleeson) gets the shock of his life. First, a disturbed man recounts in lurid detail how, as a child, he’d been raped by a priest every other day for five years. Then, the anonymous confessor announces that since the pedophile who ruined his life is already deceased, he’s decided to even the score by murdering Father James, and in exactly one week.

The demented parishioner could care less that his intended victim is totally innocent and wasn’t even a priest when the transgressions transpired. In fact, Father James was married back then and only entered the priesthood relatively recently in the wake of his wife’s untimely death.

But there’s to be no reasoning with this revenge-minded lunatic leveling the death threat through the opaque screen. He unceremoniously exits the confessional booth without asking for absolution, abruptly leaving Father James in a quandary about what to do next.

The concerned priest consults his immediate superior, Bishop Montgomery (David McSavage), who suggests the matter be reported to the police . However, despite having a hunch about the identity of the unhinged maniac, Father James merely resumes ministering to the needs of his tiny congregation as if nothing happened, ostensibly at peace with the prospect of being martyred for the sins of another.

Meanwhile, there’s no shortage of suspects among the denizens of the deceptively-serene village, nestled along the windswept Irish seacoast. There’s an unscrupulous banker (Dylan Moran) unsatisfied by wealth beyond his wildest dreams, a cuckolded butcher (Chris O’Dowd) with a bi-polar spouse (Orla O’Rourke) who’s cheating on him, and her sadistic African lover (Isaach De Bankole’) who freely admits to beating her for kicks.

Other bizarre characters include a morally-compromised physician (Aidan Gillen) flagrantly violating the Hippocratic oath, a closet cannibal (Domnhall Gleeson) claiming that human flesh tastes a lot like pheasant, and a macho cop (Gary Lydon) who secretly gets his rocks off with help of a flamboyant male prostitute (Owen Sharpe). And rounding out the list of possible perps are a sexually-frustrated teen (Killian Scott) considering enlisting in the Army, and a suicidal American writer (M. Emmet Walsh).

Yet, if anybody’s truly entitled to have a beef with Father James, it would be his daughter, Fiona (Kelly Reilly). She felt like she lost both of her parents when he entered the seminary at a time she needed him more than ever.

Directed by John Michael McDonagh (The Guard), Calvary is a modern morality play which walks a fine line back and forth between playful whodunit and sobering parable. Leave it to a veteran thespian like Brendan Gleeson to serve as the glue that holds the production together.

He delivers another nonpareil performance, here, as an introspective soul on a spiritual path able to maintain his sanity while facing his mortality in a godforsaken environ where so many in his flock have clearly lost their minds.

See the trailer for Calvary 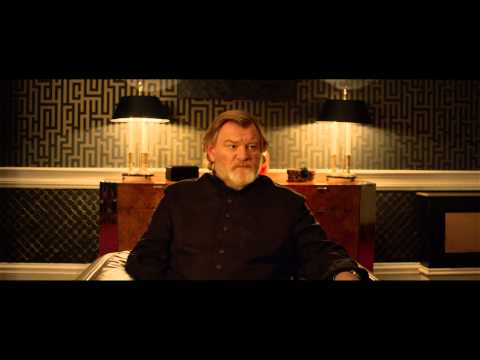