The subtitle of this bio-pic might be a bit of a misnomer, since Norman Finkelstein is never on trial during this riveting documentary, at least not in the legal sense. But the incendiary professor and Palestinian apologist does go mano-a-mano for the duration of the movie against an attorney, namely, Harvard Law Professor Alan Dershowitz.

If Finkelstein weren’t Jewish and the son of Holocaust survivors, he would undoubtedly be labeled an anti-Semite by his detractors. For, employing the most strident of tones and in relentless fashion, he has built his career as a public intellectual around indicting Israel for committing crimes against humanity.

While he’s apparently too controversial a figure to land a permanent teaching position anywhere, Finkelstein has enjoyed brief stays at a number of leading universities. Plus, the peripatetic prof ostensibly gets a kick out of making the rounds on the college lecture circuit where he routinely outrages Jewish students while being cheered by Muslim sympathizers. 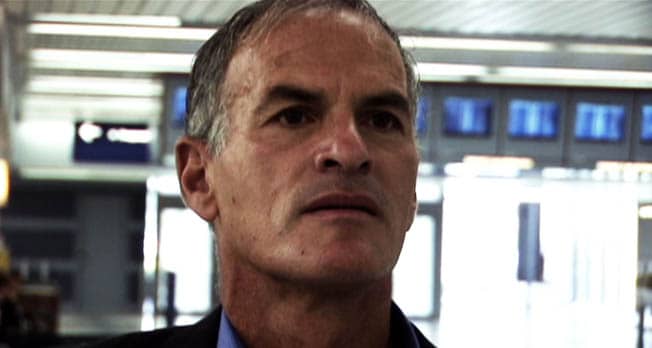 Judging from this film, ever-beleaguered and self-righteous Norman ain’t exactly normal. For instance, in debating Dershowitz, he hammers away by making petty allegations of plagiarism having nothing to do with the Arab-Israeli conflict, instead of directly addressing his adversary’s stance on the political issues. Nonetheless, co-directors Nicolas Rossier and David Ridgen suggest that most of the fearless firebrand’s colleagues quietly support his right to exercise his freedom of speech, although few are willing to do so as openly as MIT’s Noam Chomsky.

Overall, American Radical manages to paint Finkelstein very empathetically, sort of as a well-meaning, if loony loudmouth whose rants deserve respect if only because virtually all of his relatives were exterminated by Hitler. The question begged but left unanswered by this even-handed treatment of the Middle East standoff is whether or not academia might be ready to give tenure to a more-palatable, pointy-headed chin-puller with better-reasoned objections to the existence of the State of Israel.

In English, Hebrew and Arabic with subtitles.

To see a trailer for American Radical,